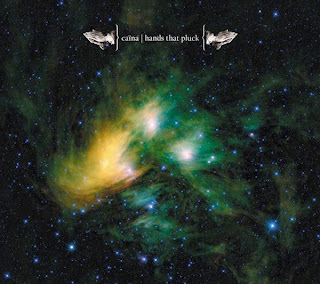 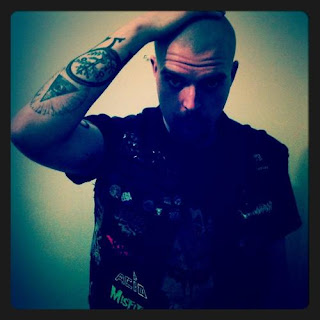 It's been a little wierd watching Caïna grow up and evolve since I first found the band while looking through bands labeled as "post-black metal." What struck me was the whole look of Andrew Curtis-Brignell and how his music was presented. Since it's inception, Caïna has never been the "typical" or "standard" post band as the music has evolved into something far less genre-defined and border less throughout the years.
If anything demonstrates the broad range of styles that the project has developed into, it's the first three songs on here. Opener Profane Inheritors shows the raw, crusty black metal sound that is not all that dissimilar to mid-to-modern day Darkthrone, albeit more textured and layered. Murrain is an epic track with Lord Imperial, of Krieg, on vocals which morphs from straight ahead black metal into spacey psychedelics and post-rock soundscapes. Then the title-track, Hands That Pluck, which is a noisy piece of post-rock/shoegaze that just builds up to crescendo the opening of the next track. The variety among just these three tracks is enough for most bands entire album, if not career in some cases, yet on here, there are these sounds, and so much more lucking inside. Elements of crust, country, classic rock, shoegaze, pop-punk (surprisingly!), and noise rock are all in here as well, and I'm sure other people will pick up sounds that I missed as well. So there is a lot of stuff in here, both on it's own and mixed together.
Despite the rather rough sound on here, though all Caïna records have never been all that clean, there's so much atmosphere and ambiance in the background, Somnium Ignis being a prime example. It's also really melodic and full of memorable hooks, guitar or vocal, your pick, which add to the replay ability this record already had going for it. You'll find that each track is different from the next, but there's something inherently haunting, not so much catchy in the pop way, but more melodically memorable, it sticks with you. On the other hand, somehow I doubt that Curtis would want his releases to be "catchy" in the pop sense, and more memorable for the experience and atmospheres contained within, remembered for the entire record as opposed to a single chorus.
By the end of it, though I felt it might have been just a little long, it tops seventy minutes, there wasn't a song on here that I didn't like and enjoy listening to. If more albums had the sense of exploration and not caring how genres were presented as this one, the world might actually be a better place, or at least a more creative one. It's a shame that the project is being put to rest soon, I think there's only one or two more releases that are planned after this full-length, but I definitely recommend you check this project out because you won't find another group/project like it.
Overall Score: 9
Highlights: Murrain, The Sea of Grief Has No Shores, I Know Thee of Old
Posted by maskofgojira at 8:37 AM