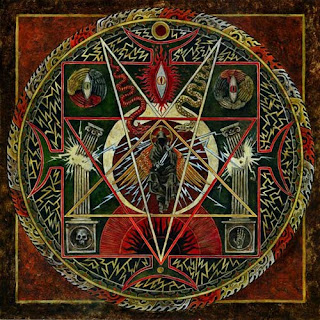 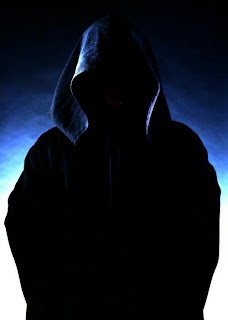 I've heard of Avichi for what I could only guess is about a year now, but, I've never really listened to it. Besides being the Profound Lore fanboy that I am, a good friend of mine reviewed this album and said some interesting things about it which got me pretty interested. Since getting this record, I have gone back and listened to their debut to see what I was missing out on.
Immediately, this two-man band makes it known that this is not a regular black metal album by making use of tremolo picking very minimally. The opening riff of Sermon On The Mount sounds more like something coming from thrash metal, to me anyway, before descending into more traditional realms of speed picking. Granted, a lot of this record never crosses into blast-beat, high speed territory, pretty much remaining more in the realm of fast-drumming under more mid-paced to occasional bursts of speed from the guitar for the majority of the album, though if you want that high intensity speed than go straight for Kaivalya of The Black Magician and you'll get your fix. You also won't find the typical black metal screams and howls on here either, with the main vocal style being what I could only describe as a throaty narration of sorts.
If there was anything that separated this band from other black metal bands, it would have to be the atmosphere that surrounds them. Even on the debut, "The Divine Tragedy," this atmosphere was there, it's sort of dissonant sounding and chaotic, but not overwhelming. For all I know, it might just be me. It's a bit disorienting and kind of made the whole experience feel a bit odd to me. By the time the last two songs, the title-track, The Devil's Fractal parts I and II, I honestly had a bit of a migraine from listening to this.
It's a good record, and I want to make that clear and not discourage anyone away from it because it just felt odd to me. I already know that there are people who've given this record some pretty lofty praise, so this one little critique shouldn't damage your opinion of it too much. I would definitely say that black metal fans should check this out if only for the abstract nature to which it's performed.
Overall Score: 7.5
Highlights: Under Satan's Sun, I Am The Adversary, The Devil's Fractal II
Posted by maskofgojira at 9:49 AM