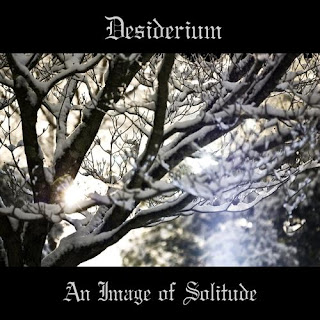 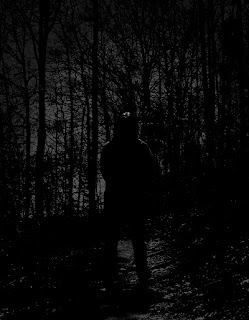 It's about time that I got around to this album, since I've had it for a good couple of months or so. With everything that's come out in recent months, I really haven't found anything to really put it together with, review-wise, until recently. I actually first listened to this way back around late June and have only recently come back to it.
While the intro doesn't particularly provide anything worthwhile, Forest of Forgotten Memories brings an interesting flavor to the table. This is certainly melodic, but I don't know if you would want to put this project in the same league as bands like Dissection or Rotting Christ, but there are hints of folk, and to an extent post-rock or post-black metal, in here as well which brought an interesting sound to this album. A track like Pale Cloak of Dawn feels a bit too upbeat and almost danceable compared to the usual and traditional sounds of black metal, no matter how melodic. With that being said, don't expect this album to really go into directions all that similar to Alcest, this is nowhere near as dreamy or atmospheric as that group. In fact, the vocals might surprise a lot of people as to how old-school sounding they sound, to me at least, though I can't really place it.
I found that this album, since I didn't really remember much from my initial listen back in June, just blew away what I had actually remembered. Granted, some of the sounds on here are a bit cheesy and actually got me to roll my eyes, but a lot of this is actually a lot better than I remembered. There's a pretty decent amount of variety, but it's all done well; but I do believe that there is a lack of focus due to that variety. There appears to be a stylistic shift within each track, one track is more melodic and straightforward, another recalls more of a viking metal and old-school atmospheric vibe, another is more of the post-black metal, which leads to a lack of cohesion among these tracks. It's not even that these different styles are performed badly, because at their worst, they're more cheesy than bad, but all of them are actually well performed and written.
When all is said and done, I do think that there's a lot of potential on here, and all of what's on here is well done. In all honesty if the styles on here were blended a bit more or at least a more defined sound was honed on, this would really be a project to watch out for. Definitely check this out if you like black metal that explores some various sub-genres but does all of them quite well.
Overall Score: 8
Highlights: Forest of Forgotten Memories, Pale Cloak of Dawn
Posted by maskofgojira at 11:16 AM