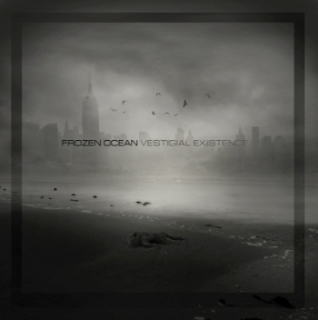 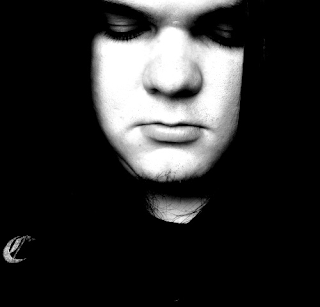 I know I've mentioned earlier this year that I haven't reviewed all that much coming out of Russia, compared to last year, so I tried to find some cool stuff to post on here now and again. This project since releasing the debut demo in 2005, has been prolific for the last two years or so. Along with this album, apparently there's already another full-length and EP already out, I can't cover everything.
I really wish I could say I felt differently about this record than about a lot of other releases to have come out of Russia, but unfortunately I can't. I'm not opposed to bands not having an original sound, that's something that not only takes time, but it may not happen at all for some groups, but a lot of what comes out of Russia, and that neck of the woods is just so derivative and lack luster. This thing started out pretty decently, a short little dark ambient piece titled In Derelict opened things well enough, nothing flashy, but it was well performed. However, once the guitars entered the picture on Winter – Aelean Being, I couldn't help but shake my head in disapproval. The lo-fi fuzzy guitar tone, the mechanical drum machine, and the blank atmospheres just felt so trite and uninspired to me.
At times reaching into a little bit of post-rock, not enough to call it "post-black metal" but the influence from the genre can definitely be heard throughout, does indeed lend itself towards this thing being more melodic than perhaps some of its piers. I do have to compliment the guitar work on here, for the all the rather dull and lifeless guitar tones most bands have, what's on here is certainly a lot better performed and written. Perhaps this also lends itself towards the more clearer production on here, it's certainly not perfect, but everything is nice and clear. The electronics used on here feel a little odd to me, I'm not used to hearing sounds that are more common in trance and synthe-pop in metal, Lurker, but it didn't offend me.
While the production definitely made this sound better than a lot of other one-man bands coming out of Russia, I felt like a lot of this material was still rather dull. There's definitely potential in here, if the tones were worked on a little bit more, I think that this project could attract quite a few people. Check it out if you're into atmospheric black metal with a lot of melody.
Overall Score: 5
Highlights: Mute Walls, Steps Above The Silence, Soil Pillows
Posted by maskofgojira at 11:36 AM