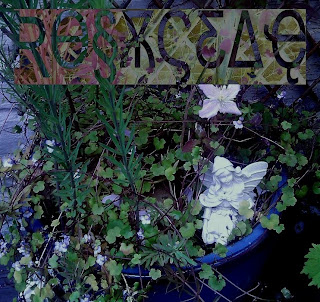 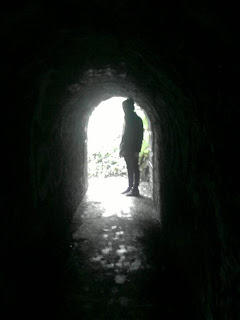 Rosaceae is a project that's been getting a little bit of press on the internet. For being such a small and relatively new project, I've been a little surprised as for how much press this project has gotten. Whether or not it was original or not, but I became interested.
As soon as the intro track of this five song album began I kind of scratched my head a little because it really seemed like something that needed at least a second take. I can understand small flubs like that, but once the vocals on The Solicitude of Autumn came in I nearly turned this whole thing off. This is post-black metal, I know there are both good and bad bands in that scene, but I've felt that maybe within the last year or two, for some reason, it's been aligning itself with the depressive black metal scene, and that's what I got from this. This is like depressive and post being melded together in a rather unpleasant way. The longest track on here, Her Ice Glazed Eyes feels so disjointed and badly constructed it was painful to listen to, and I'm not exaggerating.
Honestly I only blame myself for falling prey to the hype surrounding this thing. It's one of the worse albums I've heard come from the scene this year, there have been others that I just haven't covered though. Check it out if you're really into the post-black or depressive black metal scene, but I'd suggest avoiding it.
Overall Score: 3
Highlights: Hopeless, I Have Been Hiding Myself From The Reality
Posted by maskofgojira at 11:46 AM