Life In The Dark - The Sunya Is Rising/Limbs In Gloom 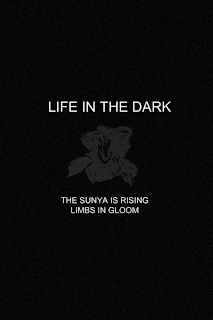 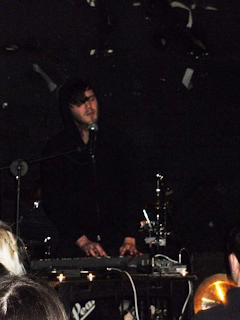 Z. Zsigo is a busy guy, a lot busier in fact than I probably gave him credit for. Already known for his work in screamo group Maths, he actually works in quite a few projects ranging from black metal to dark ambient. Despite all the good things I've heard about Maths, I've heard just as much about Life In The Dark.
The first album of this set is "The Sunya Is Rising." This album is really a two track affair, with the title-track, The Sunya Is Rising, and Sunshine Feels Alien providing more of a drone based sound. The rest of this album is made up of four remixes of the title-track from the likes of Njiqahdda, Planning For Burial, Greys, and Sequences. In regards to the main title-track, it's possibly one of the best drone songs I've ever heard, to be honest, I love how you have these giant sounding guitars in the background with very mechanical drums and a great piano melody moving it forward. It's not a one-dimensional track, which is great to hear. The latter track is a much more pensive listen, not going nearly as far into the realms of industrial melancholy, choosing to favor a very stark atmosphere instead. Each of the remixes brings a very different sense to the title-track, some are better than others, obviously, but I found that each artist's take on the track wasn't really all that different from each other. Personally, while none of these are really bad, they all tread on similar ground, not really taking the track anywhere new, which is a bit disappointing.
The second album, "Limbs In Gloom," is a much shorter affair, as well as perhaps a bit more bright in comparison. A lot of the songs on here don't even reach the three minute mark, though they are able to capture a very calming mood and atmosphere. It's obviously a more dark ambient album, with all of these songs flowing together in the same sort of floating way, if that makes any sense. Tracks like Deathlife or SP just have this very minimal sense of composition that makes them feel huge and spacey. I don't really know how else to really put it, I'm personally a big fan of this sort of atmosphere, so I really enjoyed this release.
In terms of how well this thing does, I can imagine some people taking to this rather well, if you're into the whole drone and dark ambient thing that is, but beyond that I'm not really sure. I really liked "Limbs In Gloom," but I felt like "The Sunya Is Rising" was bogged down by some of the remixes. Like I said though, if you're into the drone and dark ambient stuff, have at this.
Overall Score: 7.5
Highlights: The Sunya Is Rising, Deathlife, Lates
Posted by maskofgojira at 8:54 AM