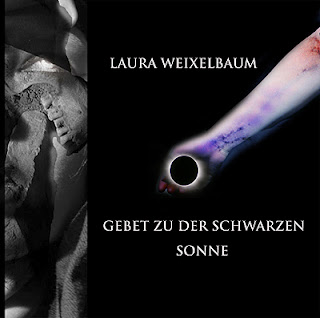 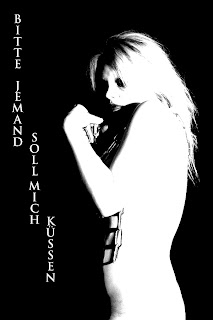 Being compared to someone like Diamonda Galas is quite a compliment but puts immense pressure on an artist. Though I've never really been a fan of her work, I can certainly see how others would and I would put her in the same league as someone like Jarboe. Laura Weizelbaum's album had a lot to live up to with a comparison like that being tagged along with it.
The reason I mention artists like Diamonda Galas and Jarboe above has to do with the fact that both of them can definitely be heard in how Laura presents herself on here. The a capella nature of the album coupled with the almost tribal sounds and beats bring a familiar hint of both vocalists. Though I've never been a fan of Galas and I can't say I've listened to enough of Jarboe's solo work to really get a handle on everything she's done, I can say that this is more chaotic sounding than their work. As far as I can tell, most of this album is done a capella and it leads to a very strange and avant-garde sound, with Des Todes Ewigkeit Chanson, for example, opening the album with shrill screams, tribal-esque chanting, machine-gun fire used as percussion, the occasional warped and distorted electronic, and spoken word providing most of the sound. The fact that some tracks feature Laura almost breaking down and sobbing, I can only imagine how much emotion she put into this.
With sounds like that being the norm found on here, you might imagine it being quite the difficult listen, but if fact, it's quite meditative. Even during it's most intense moments, I didn't find that it became harsh or brutal in the least, outside of screaming vocals that is. Though it's probably obvious at this point, but this isn't an album to put on if you want to hear "songs," these are more like contained rituals, if you will, sounding like weird chants to foreign religious rituals from groups of monks, or whatever branch you want to attach this to. It's the type of album where if you can't handle a lot of emotion, you'll probably detest this with a passion, tracks like Zuruck Nach Walhalla and Bitte Geh Nicht Fort pretty much exemplify it; but if you like music that's more about a mood and creating atmospheres you might get a lot out of this.
This is an odd one because there wasn't really a moment on this album where I really enjoyed it, but there wasn't a moment that I disliked what I was hearing. It's like some really crazy world music, but with voices instead of additional instrumentation. Check this out if you want to hear some weird stuff, that's really all I could suggest.
Overall Score: 7
Highlights: Zuruck Nach Walhalla, Omnes Morimur, Der Kohlschwarze Engel
Posted by maskofgojira at 8:00 AM