Falls of Rauros - The Light That Dwells In Rotten Wood (2011) 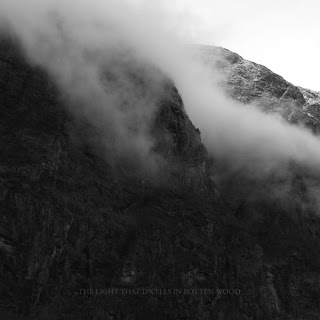 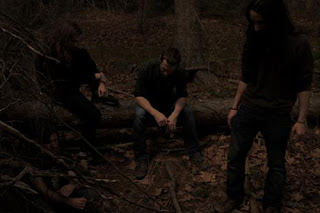 It seems odd to me that I've had the last two Falls of Rauros albums for about a year or two now and have only started to actually get into them. Through both hearing good things about this album from friends and just getting an interest in folk music made me return to the band again, with a new perspective of sorts on them. I've only heard good things about this record, making me more interested in it than I probably would have been otherwise.
If you're anything like me, and a couple hundred others, and think that black metal mixed with folk music is a fusion that's been done to death, than this is just the album to listened to. Much like Agalloch, Falls of Rauros do the black metal mixed with folk music well enough and in a unique enough way to stand out from the dozens of other groups that attempt to do a similar thing. The fusion of such leads to a sound that is melodic, often quite dark, and in certain cases, epic sounding; all of which can be found on here. While I've had my own personal complaints about the band's older work, mainly in terms of production, I feel that everything has come together on here to create a very spacious and natural sound.
While I can't say this album is as welcome to me as Agalloch, mainly because I've been an Agalloch fan a lot longer, I can safely say that all the good things I had heard about this release did not lie. I always appreciate it when, even if I'm not impressed by the idea, the playing is worthwhile, and the playing on here is really good. I love acoustic music, even though I don't listen to a whole lot of it, and the acoustic passages on here are just great. The black metal passages are nothing to look over though, while it's nothing groundbreaking, it's excellently written and performed, hear Awaiting The Fire Or Flood That Awakes It for example. The sparseness of vocals on here also brings a hint of refreshment for me, where vocals aren't covering up otherwise lackluster melodies.
I enjoyed this album quite a bit, and I have to say that this album was also a good length, not overly long, a good thing in my opinion. The people who've heard this have not lied about it when I've heard their opinions, really good stuff here. Definitely check it out if you want to hear blackened folk metal, or whatever you call it, with a sense of being genuine.
Overall Score: 9
Highlights: Awaiting The Fire Or Flood That Awakes It, Silence
Posted by maskofgojira at 6:23 AM