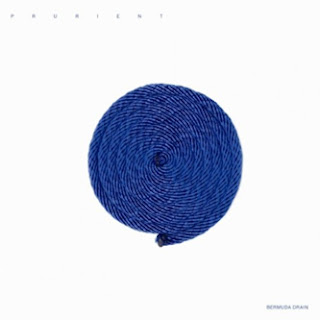 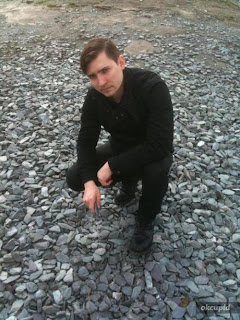 Since it's inception in the late 90s, Prurient, or Dominick Fernow, has released a steady, and consistent, stream of music coming out. From splits and singles to full-lengths and underground live recordings, all of which include stuff that's both known and unknown, so it is a bit of a journey to really sift through everything. Being one of the biggest names in noise music, he is also quite productive with multiple side-projects as well, one of which might have led to the sound of this record.
After an ear-piercing scream opens Many Jewels Surround The Crown, you get what is possibly the most left-field album to come from the project yet. Prurient has been known to dabble in dark ambient and drone music, but is more commonly known for the contribution it's made for the harsh noise and power electronics genres. What you get on here is easily the most melodic, clear sounding, and, to an extent, catchy album from the project yet. I don't know whether or not this influence has come from Fernow's involvement with the darkwave/synthe-pop group Cold Cave, where he plays keyboards, but this album is different in a much more obvious fashion than his other releases have been to each other.
Most of these songs are short, little concepts which run through an idea within the course of about two-to-four minutes and then move on to the next track, where previous albums have been far more indulgent. The use of "electronic" synthe is far more present on here, as the provide a lot of the lead melodies for these tracks, than on the more ambient backdrops of some of the previous releases in the project's discography. A lot of these synthes really remind me of new wave music a little bit, hear a track like Palm Tree Corpse, as well as a bit of techno, A Meal Can Be Made or There Are Still Secrets, it might just be me, but that's what it actually sounded like. If you're a new listener to Prurient, I just think it's important to know that while there are vocals, most of what's on here is either done in a spoken word fashion or screamed/shouted at you; but like I said above, the words being said are far clearer and discernible than on almost any other release. One could call this a sell-out, but in all honesty, the noise hasn't been abandoned, and if you've looked into Fernow's other projects, you'll notice that they have all been moving into more melodic territory, this is just one of the most obvious, and biggest leap, yet.
I really haven't looked too much into how others have reacted to this album yet, but from the little I've looked at, this appears to be quite the polarizing disc. Personally, although I have enjoyed Prurient's older material quite a bit, I was still surprised as to how much I liked this album. Definitely check this out if you like experimental electronic music, noise music, harsh noise or power electronics, or more avant-garde music, this is definitely a cool release.
Overall Score: 8.5
Highlights: Bermuda Drain, Palm Tree Corpse, Sugar Kane Chapel
Posted by maskofgojira at 7:16 AM