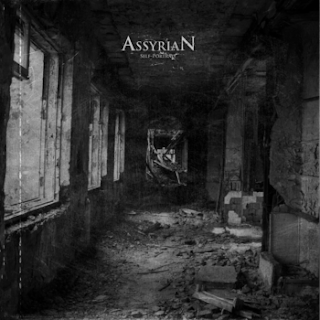 I feel really bad because I got this bad in June and am only now reviewing this. I like the genre, death/doom stuff, and the band had told me Opeth is an influence so I was very interested in listening to this. I guess better late than never, hopefully this still does the guys some good.
In all honesty, these guys are talented, they really are, so props to them for writing some interesting stuff. Unfortunately, my main problem with the album comes from the fact that a lot of these songs sound like they were either improvised or just written in a very lazy way and lead to a lot of cohesion being lost, opener Impromptu being a prime example. But there are songs on here that feel written, composed, or at least created with an idea, and have worthwhile sections and riffs. Whether or not you could call this "progressive" or "post," the softer and quieter moments are what I found to be the most grabbing on this album. Tracks like The Gray and Quiet are probably the best on here because when they get soft, it's well done, and it kind of reminds me of something like Alcest or Amesoeurs a little bit, vocally anyway. While I'm on the topic of vocals, I actually think this guy has a pretty decent singing voice and I wish he used it more throughout the record, cause in my opinion, it is far superior to his growls.
For as young as I'm assuming these guys are, the production on here is quite good, it's nice and clear sounding without being too polished. All of the instruments can be clearly heard and are nicely placed in the mix. The bass is a little bit of a sore thumb here and there, but I wouldn't say it ruins the album. I like how later on in the album more influences are brought in, the mix because a bit less produced, but songwriting improves. Later tracks show influences that I could even trace to Deftones and Katatonia, though that might not actually be all that surprising.
In the end, while I felt like the first half of this album was pretty dull, the second half I really enjoyed. I would definitely like to see this band expand, maybe write some longer songs, focus a bit more on their softer side, but definitely these guys bright future ahead of them. Check them out if you like the whole proggy/post side of death/doom.
Overall Score: 7
Highlights: The Gray, Colour Me, Quiet
Posted by maskofgojira at 10:36 AM