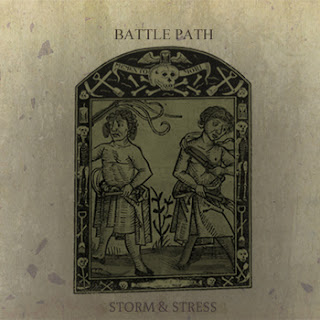 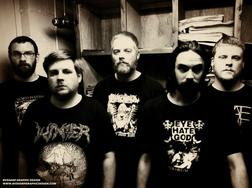 This is one of the hardest albums to find info about that I've come across in a while. I'm still not completely sure if this band is even called Battle Path, cause I've seen these guys titled as Black Majesty as well. But I've heard that this is pretty cool sounding so I figured I'd forgo the formalities and just give it a chance.
When someone comes into a doom metal album, just by the genre name alone, it should be fairly obvious what you're getting into. Granted, there's always exceptions and each band does have their own take, whether original or not, on the sound and thus there are sub-genres within doom. But when you get the label as just "doom metal," this is the type of record that comes to mind for me. It's heavy, slow, and slightly long-winded, not that that's ever something to really complain about with the genre. There's also that trademark post-metal element in here that's becoming quite the common place in doom these days.
I wasn't completely sure how "post" this album was going to be, because the atmospheric sludge tag really just another word for "post-metal" today, for the most part, but I was surprised for how much there actually was on here. In all honesty, had I not already been exposed to great debut records from the likes of Bloodiest or Light Bearer, this might have impressed me a lot more than it did. It's not that this is a bad record, but I feel like I've heard it before, done better by other bands, and that it really doesn't bring a whole lot to the table that I haven't seen before. I'm not saying that I disliked any of this, tracks like Damn The Skyline and Age of Delusion are great, groovy songs, but I've heard them done before. Even the whole interlude thing, where one interlude separates each "real" track on here, isn't really all that special.
At any rate, I'd never call this bad or a disappointment, just above average for me. I'm sure people will claim that I'm just full of it for not recognizing the "originality" or "uniqueness" of this band, but whatever, it didn't do much for me. I'd still say that if you like the whole post-metal, doom metal thing to go ahead and give this a shot.
Overall Score: 7
Highlights: Damn The Skyline, A Thousand Years
Posted by maskofgojira at 8:40 AM