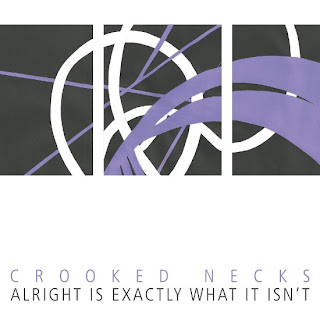 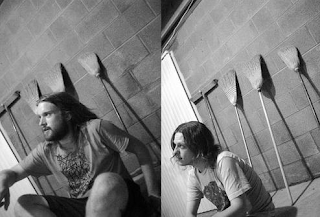 Believe it or not, this has actually been one of my most anticipate releases for this year. I can still remember finding this band when they were called Frail and I found their first demo. Since then the trio, now duo, has evolved into something far more unique and original than I think they might have even imagined.
Even though I found these guys when I was looking through bands labeled as post-black metal, one could always say that these guys were never really a black metal band to begin with. Even on their demo, "Brilliant Darkness," there really wasn't a whole lot besides the vocals that could have been traced back to black metal. When listening to this album, it's just as clear, if not more so, that this these guys aren't really all that black metal, the vocals are screamed sometimes, but musically, you won't find much in the realm of metal; instead you'll find sounds more akin to post-rock, post-punk, shoegaze, dream pop, and other styles akin to those. Beyond screaming vocals, which are about fifty percent of the vocals of the album, there really isn't a whole lot connecting this to black metal, or metal at all.
I said above that this was one of my most anticipated records of the year, and that's because everything I had heard up to the this album was very well written and constructed blackened post-punk stuff that really just topped most of the bands doing the post-black metal or blackgaze thing. The songwriting on the demos and split with Circle of Ouroborus was really good, but on here, it's just fantastic. Tracks like Forgetting to Remember to Forget and Hearts and Colors are just insanely catchy, though not uplifting or happy in the slightest and I found their melodies to just get lost in my head. Now, the first half of this record, because it is on vinyl, is pretty much the sound I've been describing throughout this review, but the second half of the album begins to incorporate more psychedelic sounds into itself. You'll find even more styles thrown into the mix on this half, with album closer Out In The Cold possibly being the favorite of the entire album.
By the end of this album, I was thoroughly hypnotized and I found it hard to not replay it over again. It seems weird that some of my favorite releases of this year are all coming from Handmade Birds Records, and that some of them aren't even all that metal. Definitely do yourself a favor and pre-order/buy this, do not wait.
Overall Score: 9.5
Highlights: Every Track Is A Highlight
Posted by maskofgojira at 10:50 AM