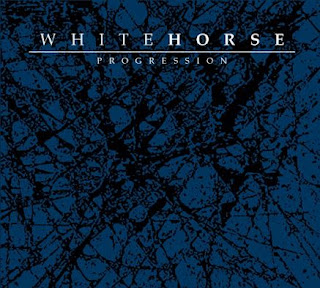 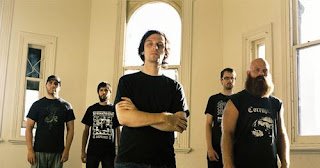 It's weird hearing from Whitehorse, after a long pause between their debut self-titled record, we finally have a second release. I discovered this group through Nekrasov, who apparently was in the group at one time or another. While I wasn't looking forward to this album, finding it didn't make me want to re listen to their past work.
I would say that if you have any sort of misunderstanding with doom metal, this is not an album I would give to you. Not to say that this is a bad album, it actually isn't in the slightest, it's just that it isn't something I would ever recommend to someone who doesn't already enjoy the genre. This has all the staples you'd expect to find from the genre, crushingly heavy guitars, slow moving drums, thick bass, and low growling vocals, but there's also something on here that I think fans of Thou will be able to get into. The use of melody is comparable to their latest album, but what I'm referring to is the massive crusty sound that just shakes speakers, and me, to the core when listening, just hear opener Mechanical Disintegration. The use of weird noises also just permeates this album, which just gives it a weird, off-kilter sense to it.
This album is a very different experience compared to the band's previous full-length. Unlike that debut, here's the obvious one, this album is notably shorter, being only about half as long, as the debut was a double-album. The biggest difference for me is the more notable use of songs, or at least parts that are memorable, where as the debut was more of a sonic experience, with more droning passages. Though there are certainly moments on here where things do kind of return to that sonic wave, hear Remains Unknown, that just sort of overcome you.
Overall, this is a really cool album that definitely has a lot of great sounds on it. While it's maybe not as consistent as I might have liked it to be, in terms of the flow to the record, the tracks themselves are all very well done. Definitely check this album out if you like heavy, brutal doom metal.
Overall Score: 8.5
Highlights: Remains Unknown, Time Worn Regression
Posted by maskofgojira at 12:57 PM