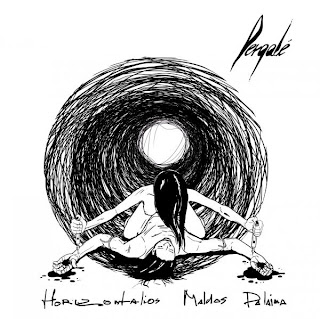 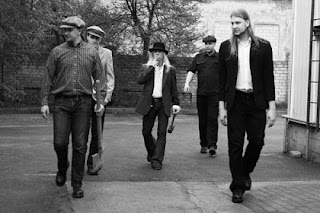 I've had this release for a little while so it's about time I give it a review. Their sound was described as depressive black n' roll and I've seen comparisons to Lifelover made about the album, so it did interest me. The band also features members from Argharus and Obtest.
I think the Lifelover comparison is a just one upon listening to this album, and the varied vocals styles and poppy sort of approach to songwriting is fairly obvious. I did find this to show a lot more of a progressive element than what Lifelover does though, the piano playing is a lot quicker and "virtuoso" in a way, as well as songs tend to be a little longer as well. The ventures into other styles is quickly showcased, even on the opener Aš Tave Subadysiu (I Will Stab You), which moves into an odd polka part near it's conclusion. A lot of what's on here is very melodic though, and some songs are even danceable, hear Sado Mazo Vokietija (Sado Mazo Germany).
As for the varied vocals, well, you'll hear everything from regular shrieking to grunts, spoken word, singing, yelling, moaning, it's all well done though. While the music on here could definitely be called black metal, there's just a certain quality that makes me think of it as a lot more accessible than it really should be, similarly to the way I see Lifelover. The ballad, Viskis (Whiskey), really stood out on here for it's acoustic guitar and spoken word bleakness.
Overall, this is a pretty solid album, it has it's flaws, but for a debut release, it's really good. There's plenty of catchy and melodic melodies on here, as well as enough weirdness to please any avant-garde fan. If you like left-field black metal with a bit of a rock n' roll attitude, definitely look into this release.
Overall Score: 8
Highlights: Sado Mazo Vokietija (Sado Mazo Germany), Viešnamio Harmonija (The Whorehouse Harmony)
Posted by maskofgojira at 12:25 PM