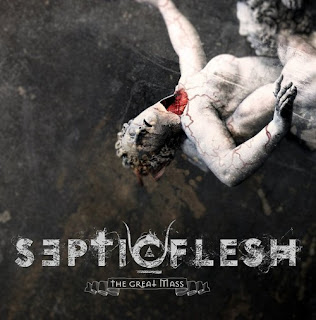 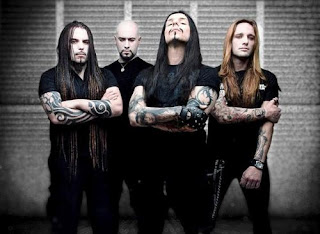 Way back when I first started getting into extremer forms of metal, at this point I was listening to a lot of melo-death, Septicflesh stood out to me. I still remember very clearly hearing their 2003 album "Sumerian Daemons," for the first time and being blown away by it. Since then the band has broken up, reformed, released "Communion" back in 2008, and have now released this album.
When you make use of the entire Prague Symphony Orchestra and a choir, I'm sure things like Dimmu Borgir, Nightwish, Therion, are some of the first names to pop into your head, and yes comparisons can be made between them, the main difference being the overall use of the orchestra. Instead of using it to pompously try and make their sound more epic and adding melody to songs without it, or even using it as the main focal point of the album over the actual metal part of their songs, it's used to a more atmospheric effect, to which an epic nature is attained, but through different means. The metal aspect of the bands sound remains intact and is just as brutal as I remember it being, hear a track like A Great Mass of Death.
The great songwriting also remains a strong point for the band, as tracks like the brutal Five-Pointed Star and Apocalypse prove to extremely memorable not only for their choruses, but for the melodies used within as well. This album may actually be more brutal than their past few releases, making use of less clean vocals, as well as a more direct approach within the metal aspects of this album. There are tracks that do have more of a focus on melody like Rising, but the more death metal oriented riffing still manage to fit themselves into the song. Something I feel is to the bands credit, when comparing them to the groups above, is that if you took away the symphony and choir, you'd still have some great melodic death metal, or straightforward death metal, songs that are still really catchy.
Overall, this is a great record that only gets better the more you listen to it. There's a lot on here so there's always something new to be heard, which I really like in albums. If you like symphonic metal with an edge do not hesitate to check this out, you will not find many other bands in the symphonic metal genre that sound like this.
Overall Score: 8.5
Highlights: Pyramid God, Rising, Mad Architect
Posted by maskofgojira at 10:08 AM