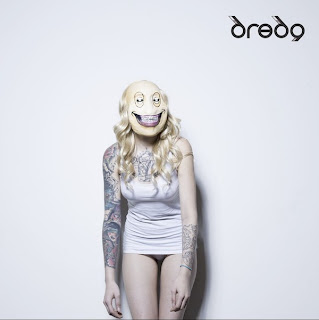 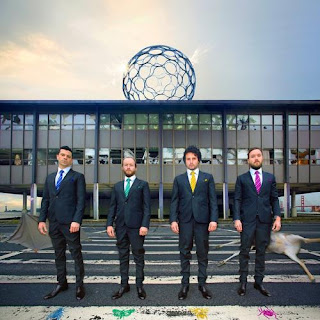 I think if you're into arty rock/pop music, Dredg is pretty much an essential band. They're definitely a band I thought had some really cool and unique sounds going on within a more poppy style. This new album, already, has had quite a backlash from their fans due to it's much more modern sound.
Dredg are a band that often took elements of prog and psychedelic rock and mixed it with more alternative and arty sort of pop elements, that has been abandoned for the most part on here. What you can expect to find on here is a mix of experimental hip-hop and art pop, mainly due to the collaboration with producer Dan The Automator. It's a very danceable sound that is definitely different change of pace for the band, not to say that the band have abandoned all of their rock background, as tracks like Upon Returning definitely have a more rock oriented sound, but it's less of a "rock" record than their previous work. There's also a much more sensual vibe to this album, and lyrics in a track like The Tent, definitely help to provide a more "sexy" atmosphere.
In my opinion, this is much more of a vocal based album, which for some people is a turn off, especially when you hear the band's early material. Tracks like The Ornament definitely lends itself, being a ballad, to having a more vocal driven performance, but some tracks don't feel as flushed out as they could have been. Even a the more subtle singer-songwriter approach of Kalathat feels a bit unfinished when you compare it to the band's previous work. But when you compare those tracks just mentioned to the more electronic sounds of a song like Where I'll End Up, it's weird to say that that song stands out a lot more and proves to be a lot catchier.
Overall, it's not a terrible album at all, but it's definitely not their best work. The band have said that this is sort of a one-off sort of record, so we could hopefully see a return to more experimental rock sounds on the next record. If you like more experimental pop with a hip-hop sort of touch, check this out.
Overall Score: 7
Highlights: Another Tribe, Somebody Is Laughing, Sun Goes Down
Posted by maskofgojira at 8:53 AM