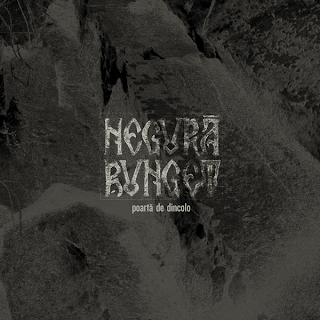 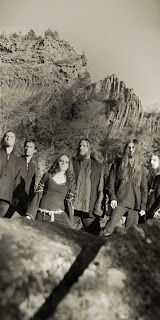 Having been around for well over a decade, Romania's Negură Bunget has become one of the most respected groups from that area of the world as well as one of the most unique groups to emerge from the black metal scene. This EP follows up two full-lengths that were released last year and a live DVD/CD that was released earlier this year.
These four songs certainly do take things to a bit more of a live sort of feeling, at least compared to the more atmospheric and meditative experiences of the last few full-lengths. Hotar definitely has a more, what I guess would be called typical, progressive black metal sound, it's a little more technical than what the band usually do, but it makes for a decent opener. The other four tracks retain the band's unique style but definitely don't carry with them the same sort of "tenacity" that this opener did. I've read some remarks that the vocals on here ruin the album, and while they aren't the greatest, they certainly don't ruin the album.
Overall, this is still a very solid release, not the greatest, but by no means a flop. It is different from the last few releases, which in all honesty I think everyone can agree that it would be hard for even these guys to top. If you're into progressive, atmospheric, folk sounding black metal, if you haven't heard these guys yet, you're really missing out.
Overall Score: 7.5
Highlights: La Marginea Lumii, Poartă De Dincolo
Posted by maskofgojira at 10:36 AM