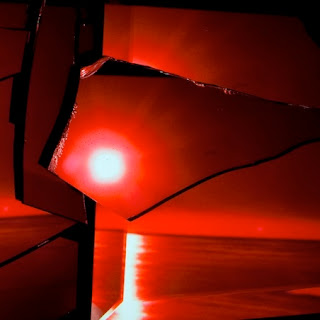 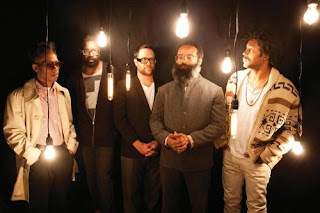 In mainstream music, I'm referring to rock, hip-hop, electronic, ect. here, there really isn't a whole lot of originality going on. I'd go so far as to say 90-95% of the stuff you'll see on tv or hear on the radio is just utter garbage, to me anyway, but once in a while you'll stumble across something that is original and unique. This group I didn't hear on the radio or see on tv, but actually heard them thanks to an interview with one of my favorite vocalists, Mike Patton, saying that he's a fan, I looked into it, and found that these guys were great.
From all that I've listened to from these guys, and what keeps me listening in fact, is their ability to mold themselves into different genres while sounding totally unique, as previous records have shown the band dabbling in everything from shoegaze to trip-hop to modern day electro-funk. This new record definitely takes the band's sound into a more stripped down and almost melancholic direction, but keeps with the more electronic sort of vibe that was on their last record. It's still very danceable and poppy, but it has a much darker atmosphere surrounding it, which really separates it from the previous four albums. While most tracks on here rely on a very somber sense of atmosphere and down-tempo beats, there are tracks that stand out as being more up-tempo, hear tracks lie No Future Shock or Repetition. The first single, Will Do, while not being exactly representative of the whole disc, is a nice center point of the album, being a bit more up-beat than other tracks, but also having a more mournful atmosphere to it.
When it comes to the vocals, from the moment I heard Tunde Adebimpe and Kyp Malone sing I fell in love with this band, they're great as always. There's a certain soulfulness that always shines through which I always found interesting. I actually find that the more subtle nature of this release actually highlights the vocals, with tracks like Killer Crane and Forgotten really standing out as having some great vocal melodies despite their sparseness.
Overall, I really enjoyed this record, it gets better with each listen. There are a lot of killer songs on here, some great vocals, and, as always, a nice attention to detail. If you like experimental rock and electronic music, definitely check this record out.
Overall Score: 8.5
Highlights: Second Song, New Cannonball Run, Caffeinated Consciousness
Posted by maskofgojira at 9:46 AM