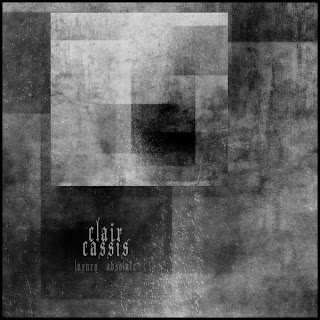 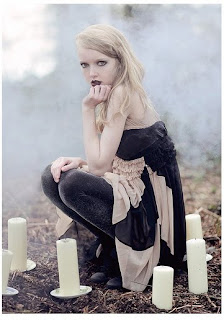 After apparently breaking up last year, Clair Cassis released this new EP last about two months back. Though fans of the band probably aren't all that surprised by it, as Velvet Cacoon they made up stories about themselves all the time just to confuse people. This new release has gotten a decent amount of press, but not that much, if you're a fan, you probably already know about this.
Honestly, despite the praise I gave the debut album from this band, I've not particularly been all that interested in the EP that followed it up, just to lack of interest more than any particular reason. This new EP kind of has the same effect, I just can't seem to penetrate it for some reason. I also just can't stand the vocals on here, they just annoy the living crap out of me, I think it's just the tone, it sounds a bit too throaty to me, and it just gets under my skin, tracks like Antique Sea Smoke and Under Sleepy Grey Elms. Musically, I can't say that there's a lot to really brag about on here, it's decent, but nothing original like Velvet Cacoon's work.
Overall, this is decent, nothing great, nothing terrible, even the vocals. I'd rather listen to the debut or Velvet Cacoon over this and the previous EP, but I'm sure there will be others who disagree. If you already like the band, I'm sure you already know about this, so you don't need me recommending it to you, otherwise go to the debut first.
Overall Score: 5
Highlights: Rosewater Cake, The March of March
Posted by maskofgojira at 9:49 AM