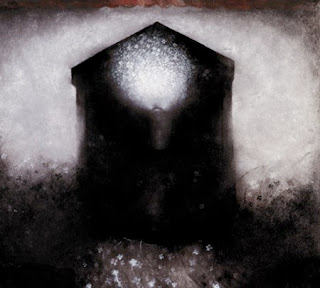 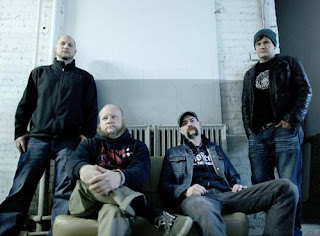 Despite being around for only a short period of time, American Heritage have already gained quite a large amount of respect among their piers. Having toured with the likes of Mastodon, and gaining numerous comparisons to said band, there's definitely a bit of that going on in their sound, proggy sludge. But this album brings in a slew of other guest musicians to perform bass and vocals, which makes it all the more varied.
In my opinion, to really get something out of this record, you have to come in with an open mind. The sounds on here definitely drawn comparisons to progressive sludge groups, most notably Mastodon, but that's a given, as well as including plenty of other elements in here as well. I think the thing that separates this album from many other proggy sludge bands that are out now, and even Mastodon, is, not only the shorter songs, but the more punk influenced energy that permeates the disc. Tracks like Chaotic Obliteration don't do much to distance the band's sound from the Mastodon comparison, but tracks Kiddie Pool of Baby Blood and Tomb Cruise like definitely have that more punk energy to them that really just makes you want to nod along.
Probably my biggest complaint about this disc is it's lack of a real style, I hear fragments of different things, and for some groups variety is the sole principle their music is based on, but it doesn't work here. There was just something about this that just turned me off immediately. The production on here just proved to be extremely grating on my nerves, of course this is just a personal preference. The lack of a consistent vocalist also didn't help matters, on this album at least, not that there weren't some good performances done though, with the closing two tracks, Morbid Angles and Wwdhd definitely having the best vocals on the album.
Honestly, I was a bit let down by this album, after all the good things I had read about it, it didn't live up to my expectations. There's just this void that appears between me and this album whenever I listen to it, and it just won't let me get into this. If you're into proggy sludge stuff, I definitely recommend this to you, but I don't see it as a necessary album.
Overall Score: 5
Highlights: Chaotic Obliteration, Slave By Force, Morbid Angle
Posted by maskofgojira at 11:13 AM