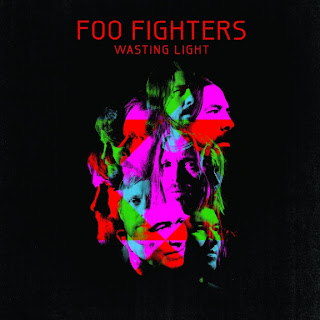 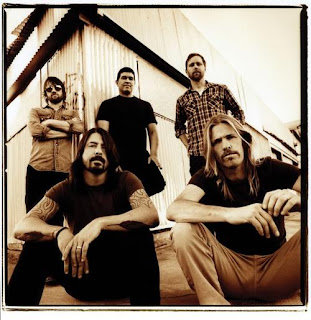 Yes, I know this is pretty mainstream even compared to the other non-metal records I cover, but screw it, I like the Foo. This, the band's seventh full-length sees a return to a heavier, much more gritty sounding record, compared to the last hand full. I guess after the stint in Them Crooked Vultures, Dave Grohl decided he wanted to do something a bit more raw and aggressive.
After I heard the first single off of this, White Limo, I was totally stoked, and knew I had to hear this. This album definitely has a more punk, or metal if that makes you feel better, than previous albums have, and add a sense of urgency to some of these tracks, while also giving them some nice riffs. There's plenty of headbangable songs on here that really grabbed me, hear tracks like opener Bridges Burning for a great one, though I wouldn't say that all of these tracks maintain the same sort of energy that these earlier tracks do.
With all that being said, don't misconstrue this as being any less of a mainstream record, the hooks are melodies still have the same sort of vibe that more recent releases have had to them, hear tracks like Arlandria or Back & Forth. While it is considerably less polished than the band's previous records, it still has plenty of the trademark melodicism that the band have developed in those records. If the band perhaps blended the riffing of the heavier tracks the with more melodic side of them, I think this record could have turned out a little better, but the end result is a mixed bag in my opinion, with some great songs scattered throughout, while some are just a little too similar to their past work. I also think that the order of the tracks could have been done a little better, the heavier tracks should have been a bit more scattered in my opinion, instead of stacking most of them up in the front of the album.
Overall, I found this to be nice release with some great songwriting and tasty riffs. As a whole, it's not the band's best work, but it's definitely some of their heaviest material in a while. Definitely check this out if you're looking for something a bit more in the vein of mainstream rock done right, and I still have mad respect for Dave Grohl.
Overall Score: 7.5
Highlights: White Limo, These Days, Miss The Misery
Posted by maskofgojira at 11:01 AM