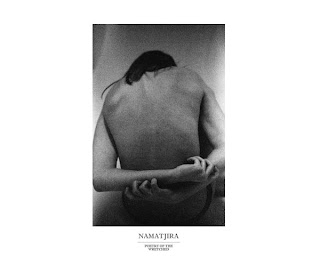 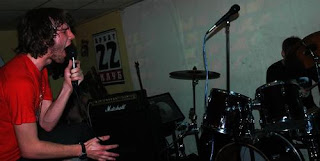 Now, normally hardcore isn't a style I like to listen, and if it is, it's the old stuff from the 80s, so why check this out, the awesome cover art. That cover looks like something a black metal band might have, but upon hearing some samples from their myspace, I was also interested. Their sound make them indulge a bit more in lengthy songs. Opening an album like this with a nine-minute song is not something that I would usually hear in a hardcore band, but the more and more I hear these tracks, the easier the comparison to post-rock comes to be known. I only mention that because when I got this, I was under the impression that it was pretty straight ahead hardcore, so hearing these softer moments really caught me off guard. The more melodic sounding riffs and structures as well as the use of a cleaner guitar sound also lends itself to that style, though there's plenty of distortion on here as well. It's when the cleaner moments come out, that a very melancholic atmosphere appears, since the use of clean guitar, as well as piano, is used throughout this album, Mir Nepoznavaem I Poetomu Dolzhen Byt Unichtozhen being a prime example.
When you actually compare this to a lot of other groups from the hardcore or screamo genre, you actually see, and it's pretty noticeable when you get half way through the album, that there is a lack of actual "heavy" moments on here. The vocals are screamed for the most part, but the music is very melodic and seems to have more in common with groups like Envy and Heaven In Her Arms than Stick to Your Guns or Maths. Heavy moments, while I found them very crucial to the overall vibe that this band has, don't carry the same sort of "emotional" weight that the softer parts do, in my opinion, and while by no means being bad in any way, I did enjoy softer tracks like The Shortest Day At Konrad Fischer's Gallery and My Zabilis V Podpole Podnimaya Kryshki Nashih Cherepov Prikreplennye Zastezhkami Molniya Chtoby Provetrit Mozgi simply due to their more melodic side being utilized in a more full way.
Overall, this is a decent debut record and I could see a lot of people definitely getting into this if they like stuff like Envy. While it's not exactly brain surgery, or super original, it's crafted very well and it has a great sounding atmosphere. Definitely check this out if you like the post-rock meets screamo/post-hardcore style.
Overall Score: 7.5
Highlights: Poetry of The Wretched, Razmyshleniya O Tom Zachem Lubit Osen, My Zabilis V Podpole Podnimaya Kryshki Nashih Cherepov Prikreplennye Zastezhkami Molniya Chtoby Provetrit Mozgi
Posted by maskofgojira at 6:28 AM