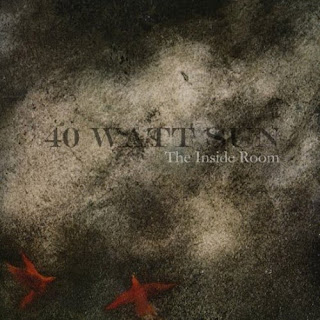 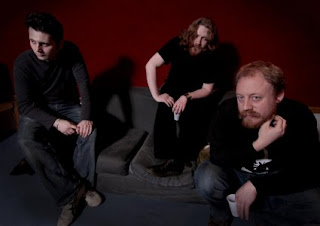 You know, before reading up on this band, I really thought I had heard this name before, guess not as this is the debut release from this trio. Being the newest project to stem from former Warning guitarist/vocalist Patrick Walker, this has obviously been compared to that band. Having never really been a huge fan of Warning, I can't really compare the two bands, but this new one is supposed to be a lot more of an introspective listening experience.
This is a doom metal record, it's not death-doom, it's not gothic, this is doom metal pretty much done purely as it was originally done. This is slow, plodding, heavy, and pretty brutal at moments, but it also carries with it a sense of melancholy, which could be more attributed to the sound of Walker's voice, which has a great rasp to it, I'd like to add. His voice is essentially the focal point of melody on here, providing a sort deepness to this record which I haven't found in a lot of doom metal, vocally anyway. It surprised me to actually see how fast these tracks went by, as the dense sound and slowness at which these tracks are played didn't have me thinking that this would be an easy listen, yet half way through the record and it felt like I had only listened to it for a few minutes.
Probably the best description I had seen for this album was that it wasn't a metal album, but a singer-songwriter record with distortion, which really rung true as I listened to this disc. All five of these tracks just have an immense sense of personal closeness that just isn't found on a whole lot of metal records, something I find more in folk or acoustic based music, which really stuck out on here, a track like Open My Eyes for example. In all honesty though, I found that while the music is fairly normal sounding for the genre, the lyrics and the vocals really stood out as being really unique and hard-hitting, to me anyway, through tracks like Carry Me Home.
Overall, this was actually a pretty solid release, I kind of wish the music was a little stronger, but the songs themselves stand up. Some great vocal melodies are used on all these songs, but like I already said, that's what stuck out the most on here. If you like singer-songwriter or doom metal, definitely check this record out.
Overall Score: 7.5
Highlights: Restless, This Alone
Posted by maskofgojira at 11:17 AM