Between The Buried and Me - The Parallax: Hypersleep Dialogues EP (2011) 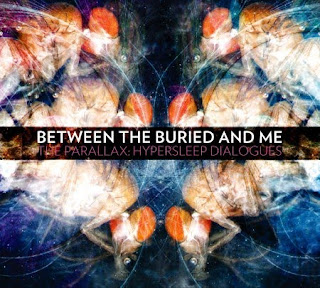 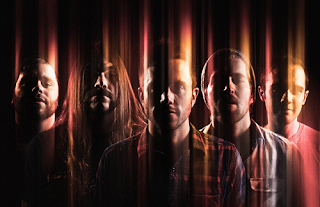 As far as "modern" progressive metal goes, BtBaM are definitely, and have been, forerunners for all things that going on in the genre. By constantly refreshing their sound as well as going out with numerous different bills on tour, they have remained in the public field of vision. With this new EP, the band sees a return to a more aggressive style of playing and is also their first release for a new label.
Sonically, you can definitely see comparisons to "Colors" and "The Great Misdirect" all throughout here, but what's on here really does have it's own feel. A track like Spectacular Reflection definitely has a lot more of a melodic vibe to it, having probably one of the best choruses the band has ever written while remaining completely experimental and genre bending throughout. Augment of Rebirth is also one of the band's most consistently heavy pieces in a while, bringing in a nice blend of technical death, black, prog, and left-field country to please any fan. Closer, Lunar Wilderness definitely is the most progressive sounding track on here, in the sense that it has a lot more of a Dream Theater meets BtBaM sound, with a particularly fusion sounding solo. This is by far some of the most accessible stuff the band has written, in the sense of how catchy and melodic it is at times, but songs that all top eight minutes is still far from being mainstream.
Overall, not that I really expected anything less but, this is a great EP and hopefully a foreshadowing for how the full-length second part of this album will be. This band is constantly doing new things, which is the reason why they are where they are right now and are so well respected among fans and critics alike. Definitely check this out if you are at all interested in forward thinking metal.
Overall Score: 8
Highlights: Spectacular Reflection
Posted by maskofgojira at 10:32 AM