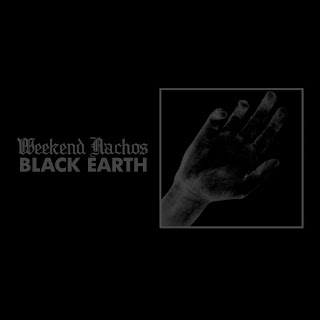 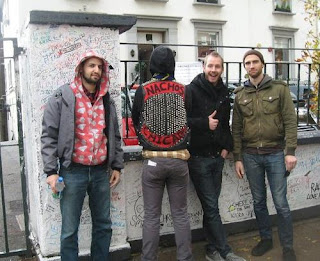 I'll say two things before I get into anything about this release. The first is that this is my first encounter with the group named Weekend Nachos, having only heard their name from some friends here and there. Second, this has to be either the first, or one of the first, time I've ever listened to powerviolence, so excuse me for possibly stating the obvious here.
Apparently powerviolence is a melding of grindcore, crust punk, sludge metal, and pretty much anything violent and aggressive sound that's also covered in a think coating of dirt and grime. What I found on here was exactly the description I got, brutality and pure adrenaline without pause, although it should be mentioned that there are only four songs on here. I was surprised as to how much of a sludge sound actually dominated this EP, with songs like the title-track, Black Earth, and No Saints being primarily songs that were dominated more by slower sections, though faster sections are still prevalent.
Overall, this was a decent release, nothing mindblowing or out of the ordinary. This release didn't get me excited to look for the band's back catalog, but it was worth hearing. If you like this sort of crusty sludge stuff, you should really check this out.
Overall Score: 6
Highlights: Friendship, No Saints
Posted by maskofgojira at 12:05 PM