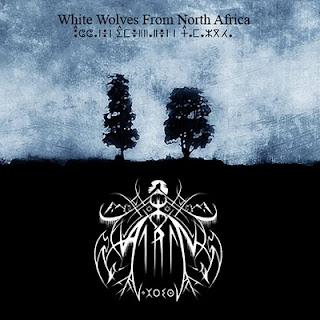 This debut demo from this Algerian project/band, I'm not really sure which. Very little information has been released about this band so I can't really say a whole lot about them. Being only a demo, and from what I've heard already, is pretty solid and is actually recorded pretty well.
The four tracks on the demo manage to present themselves quite well, compared to some other demos that I've heard. Despite only two of the four tracks really being songs, both of those tracks, Tamurt N'umazigh and Inequity of Fate, manage to top ten minutes, with the other two being an intro and outro. I think it should also be mentioned that these tracks are all very fluid in their composition as well, making time just fly by when listening to them, which is a major accomplishment to me considering this is the band's first release. The quality of these songs is done pretty decently, it's not great, but it's clear enough to make out what's going on. Probably my main complaint, or my biggest one, would have to be how high the vocals are in the mix, I personally would have mixed them a bit lower, but it doesn't really harm the album.
Sonically, I think that influences can be made out easily enough, with groups like Lunar Aurora or Trist, from Germany, sticking out and having some similar atmospheric tendencies presenting themselves on here. The atmosphere on here is very well done, it's a nice blend of being dark and being beautiful, something a lot of groups get wrong when doing a style like this. The waves of distortion in the background combined with the atmosphere really do stand out on here as giving this band/project a vibe that is similar to, but not a copy of, the bands I mentioned above.
Overall, this was a well done effort and one that is certainly worth hearing. It's not the most original sound out there, but the comparisons I made to other bands are ones that I don't often hear all that much in black metal right now, so it definitely caught my attention. If you like ambient or atmosphere based black metal, definitely look this up.
Overall Score: 7.5
Highlights: Inequity of Fate
Posted by maskofgojira at 8:08 AM