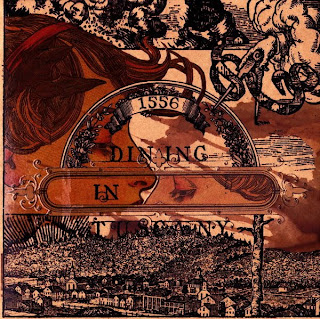 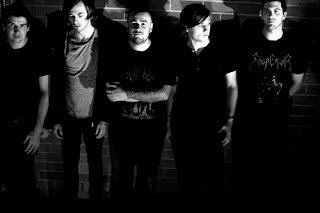 Here we are again, with another record of grinding black metal. Being their debut album, it has been talked about quite a bit on the internet, though what isn't these days, for its sound. I'm inclined to believe that these guys are doing something that at least sticks out a little bit from the pack, as this record contains only six songs.
There's certainly something going on in here, but I'm not sure what. It has the elements of the genres above and more, hints of melo-death, classical, and sludge all make an appearance on here, but there's just something that doesn't quite capture what I would have liked to have heard. Something that makes this record feel so bland and dull compared to other releases. Even though opener Lord Beethoven's Diamond Church of Worm is an epic nine minute affair that includes all of the genres above, I found that it didn't click with me at all.
I can't say that what's on here, stylistically isn't at least a band trying to be original, because a track like Paradin definitely stood out to me as one of the few moments that actually drew me in. I actually wish that this album did more for me, because there are some cool moments on here, Broyer Du Noir, but I just couldn't get into this. It's an intense record that has personality, but just not the right one for me to get along with.
Overall, while this is certainly an impressive debut, for some reason I just couldn't get into it. I certainly still urge people to check this out because it is worth hearing. Definitely look into this if you like, or would like to hear, a more melodic take on grindcore.
Overall Score: 5
Highlights: Paradin, Broyer Du Noir
Posted by maskofgojira at 11:21 AM