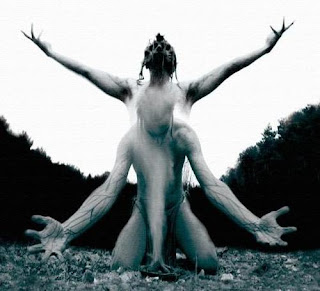 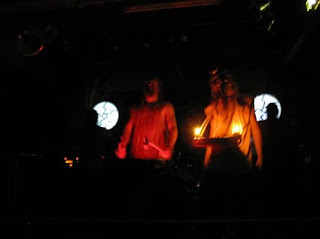 In my opinion Code666 is a label that, while I certainly am not familiar with all their bands, is a label that does produce a high level of quality in terms of their bands. This band I found just looking around the metal achieves and looking for new stuff and it caught my eye. The album cover also looked pretty cool as well.
There's a sense of progression going on in here, as elements of fellow, former, Code666 label mates, Negură Bunget, as well as groups like Enslaved and Opeth, all pop up on here, but probably not in the way you're thinking. Whether or not Folge Dem Wind is indebted to these groups is actually irrelevant, as the sound on here still has an air of originality in it. The reason I bring up Negură Bunget specifically however, is that I find that both bands share a sort of common natural vibe to their sound, but a less atmospheric and folk presence, though you'll hear quite a bit of both within Awakening In Unity. At times, I also hear some elements of stuff like Katatonia, but that's rarer and much less prominent.
If you want a brutal assault of black metal, this probably isn't where you should look, though tracks like Of Blood and Ether are definitely more on the traditional side of the fence compared to other tracks on here. There's a lot of more progressive riffing and song structures on here that definitely push away from traditionalism and kvlt, but do give the band a more unique sound. Vocals can be a bit odd here and there as well, a track like Behind The Grey Veil makes use of a very throaty sounding howl, while you'll also find depressive sounding shrieks, traditional black metal screaming, death metal grunting, and chanting.
Overall, I've been pleasantly surprised by what I ended up hearing on here, it's quite impressive and unique sounding. I definitely hope to hear more about and from this band in the future, as they deserve more attention. If you like progressive oriented black metal with some atmospheric elements, this is for you, no questions.
Overall Score: 8
Highlights: Inhale The Sacred Poison, Through The Eye of The Immortal, Of Primordial Whirlwind
Posted by maskofgojira at 10:21 AM