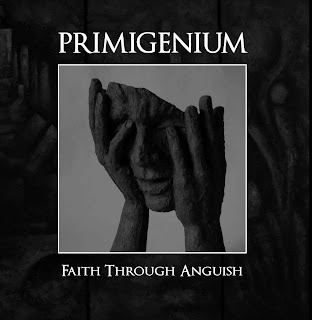 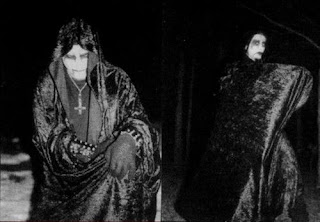 When looking at bands that take over five years for a release, I think of probably the typical, Guns'N'Roses for rock and Wintersun for metal, but black metal has never been one of those genres. It's taken Primigenium nearly nine years to craft this new album. From others, it's apparently been worth the wait.
Being my first encounter with the band, I can't really say that it really differs too much from a traditional black metal sound. What's on here definitely sounds like it came out of the 90s, because the band did, what with the blazing guitars that occasionally have bits of thrash moments. The melodicism displayed on here is also that of a more traditional kind, it's memorable, but the riffs are not dominated by melodies, hear Faith Through Anguish I: Abysses.
With all the above being true, I can also say that this is a very modern based album as well. A track like Third Floor contains a very modern sounding atmosphere, almost going for an industrial sort of vibe at times. There are also occasional moments where more dissonant riffing comes into play, something that is more associated with the greats of modern black metal, Blut Aus Nord and Deathspell Omega. The clean vocalizations that occur on here are also quite out of the ordinary, as they aren't so much sung as much as they are sort of moaned or howled in the background.
Overall, a very solid record that has plenty of unique characteristics. I find it really amazing that this band was able to keep their sound so traditional sounding, while musically exploring territories that are used in newer groups. If you're into stuff that's forward thinking while still brutal, check this out.
Overall Score: 8
Highlights: Faith Through Anguish I: Abysses, New Soul Shepherds
Posted by maskofgojira at 12:20 PM