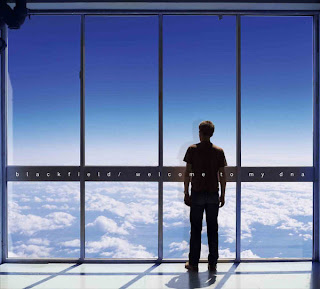 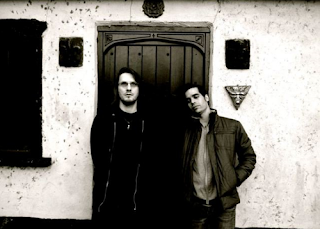 Blackfield is the project of Israeli songwriter Aviv Geffen and English musician/producer Steven Wilson. Having released two well-respected albums prior to this one, this one has come highly anticipated by fans. From what I've read however, some do not find it up to par with the duo's previous albums.
While Blackfield has never been the most progressive or arty project Wilson has involved himself in, it was one that always seemed to be more concerned with songwriting over being totally unique, and that proved to be it's strength. With this album, perhaps a bit more than others, you'll find a darker vibe to it, one that seems to permeate the lyrics as well, for better or worse. The neo-prog sort of opener, Glass House, definitely starts things off well enough, but Go to Hell, while musically solid, has some just lazy and poorly written lyrics that completely ruin the song. The neo-prog thing may not be a sound that is used on every song, but the Pink Floyd-esque On The Plane definitely got me grooving along with it, whether original or not.
This record, perhaps I might just be noticing an obvious fact now so forgive me, seems to have a much more orchestral undertone instead of, I guess, a more Porcupine Tree sort of ambient backdrop. While the basis of the music is still done with clean and/or acoustic guitars with vocals, tracks like Far Away really exemplify what this album is about. Though there are a few curve balls on here which threw me for a bit of a loop, the almost folk-metal sounding Blood stood out like a sore thumb and the almost danceable pop of Oxygen manages to separate itself from the rest of the album as well.
Overall, this is a decent album, I could definitely see why others say it's not as great as the first two albums, in my opinion, it doesn't quite live up to those standards either. There are some really good songs on here, but others just don't do anything for me, but we can agree and disagree all day about which ones those actually are. If you're into experimental rock and pop music, I would highly recommend you check out this band, though I'd still say check out the first two records first.
Overall Score: 7.5
Highlights: Rising of The Tide, Far Away, DNA
Posted by maskofgojira at 6:58 AM