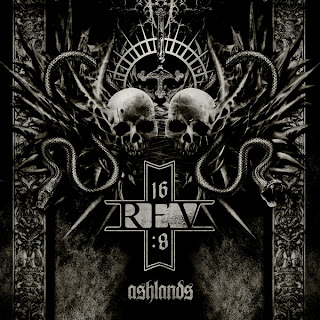 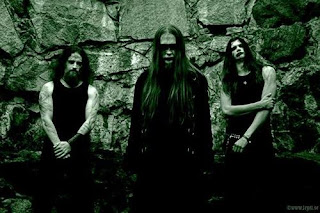 Swedish black metal is not exactly my favorite "sub-genre," though I still respect and admire several groups to come out from there. Rev 16:8 is a band that's only been around for a few years and has already drawn comparisons to groups like Dark Funeral and Marduk. This is the groups second album.
While I can't say that I've listened to a lot of this band's previous album, I did own it at one point, just can't say I've listened to it in quite a while, this album should definitely please any fan of brutal black metal. This thing is fast, melodic, blasting, aggressive, all the standards for the regular black metal genre. The comparisons to the bands I mentioned above, I've never really listened to Marduk too often, though I do enjoy their more recent material, and I never cared for Dark Funeral, are justified, but I find quite a bit of this record to peak my interest more so than the other two did.
Listening back to the debut record, I can now see the leap that the band has made between the two records. While sonically, the two aren't that dissimilar to each other, the songwriting and overall performances on here are much better, hear the title-track, Ashlands, for a good example. Tracks on here have a much more melodic approach, at least to me, and tracks like The Chase and Coal Mirror really stand out because of it, while tracks like Serenade maintain a much more brutal and assaulting sound.
Overall, I enjoyed this album a lot more than I thought I would and would gladly give it more spins in the future. While it's certainly nothing groundbreaking, it's performed extremely well. Definitely look into this band and album if you like more traditional sound black metal.
Overall Score: 7.5
Highlights: Agenda, The Chase, When Your Words Are Obsolete
Posted by maskofgojira at 8:21 AM