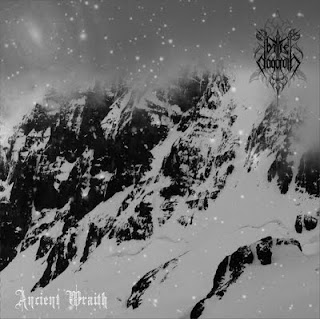 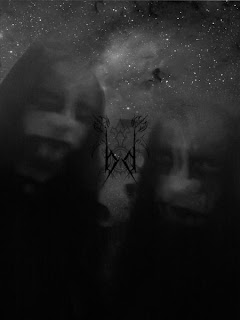 I remember when I first discovered Battle Dagorath back in 2008 in a magazine. At the time I didn't even listen to all that much black metal, but the cover art was a striking image of a snowy mountaintop that immediately grabbed me. While I didn't get much out of the debut back then, I feel that now I am truly able to appreciate this style.
The atmospheric style is one that, while the title is pretty much a given as to what kind of experience you'll have with a band from the genre, the amount done in it is still wide enough to hear differences between groups. With this group, you'll hear a more ferocious assault of black metal rather than a more down tempo and ambient sound. A track like Where Darkness & Frost Prevails definitely hit you square in the face with blastbeats, tremolo picked guitars, and howled vocals, something you don't get a lot within this sub-genre. Despite the more aggressive nature of this groups sound, it's still very hypnotic.
All the songs on here are long and epic, though most band's from this genre have that trait in common for the most part. I'd dare to say that most of these tracks manage to keep the interest level quite high, and that's a feat for any band playing this style, as a lot of them seem to just end up devolve into monotony. The epics on here don't just fall into an endless void of repetition, but instead show a strength for writing parts that flow together while maintaining an atmosphere, hear Kingdom of Black Abyss. Even during the more ambient moments of the album, Ancient Spectre of Oblivion, it still retains a unique sound that is unlike other bands, and actually proves to be just as entertaining as the rest of the album, I'm comparing this to other bands that have made use of ambient tracks on their albums though of course.
Overall Score: 8
Highlights: Empire of Imperial Shadows, Kingdom of Black Abyss
Posted by maskofgojira at 9:37 AM