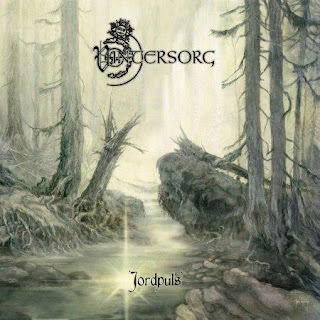 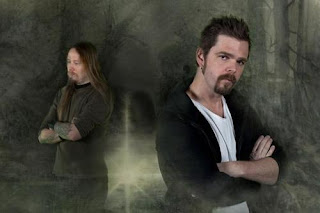 Since my discovery of progressive metal, and it's various sub-genres, I'm found some of my favorite groups. Vintersorg is a project/band that I've been following for a while, as well as the mainman's various side bands. With both this new album and the one that preceded it, Vintersorg has returned to his roots in a more folk oriented metal sound.
If you haven't heard Vintersorg's past works, you'll be in for a real treat when, and if, you listen to this. This is not just folk metal by the dozens, Vintersorg combines traditional folk and folk metal with black metal, prog and traditional rock music, as well as a bit of avant-garde tendencies here and there as well. His sound evolved from the black/folk metal sound into finally reaching full-on avant-garde/progressive metal with albums like "The Focusing Blur." On his last album, 2007's "Solens Rötter," we saw a return to the black/folk sound, but not without abandoning some of the progressive elements he had been utilizing more and more up to that point, it also saw a return to traditional Swedish lyrics. This album definitely is a continuation from the last album sonically, but definitely has it's own vibe.
Like most folk metal should, in my opinion, this album makes use of very catchy melodies. Tracks like Klippor Och Skär and Vindögat definitely have some great hooks, both instrumentally and vocally. The use of mellotron, acoustic guitars, flutes, violins, and other instruments usually found within the folk genre, that make an appearance on here definitely give this a very authentic vibe, as in, it feels more like folk than party and beer metal, as the album closer, Eld Och Lågor, will show as it is a psychedelic folk sounding track with almost nothing to do with metal. Something that I've always loved about Vintersorg is his voice, or more precisely, his clean vocals, the way he layers them into a choir sound just sounds fantastic to me, hear a track like Stjärndyrkan. Like other albums he's released, this Vintersorg album has an air of classiness to it that definitely sets it above a lot of other black and folk metal, and pagan/viking as well, acts right now.
Overall, great album, definitely one that is a bit of a grower, and is not as immediate as the last album was, but still very good. There really hasn't been one album that's let me down from Vintersorg. If you like progressive, pagan/viking, folk, black metal, definitely check this out.
Overall Score: 8.5
Highlights: Klippor Och Skär, Skogen Sover, Palissader
Posted by maskofgojira at 12:07 PM