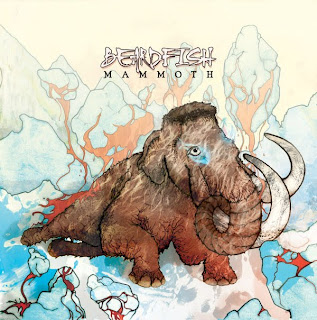 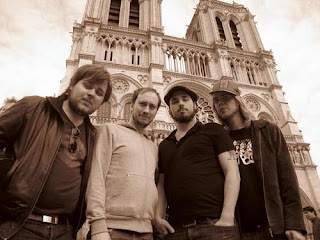 I first heard of Beardfish when they were supposed to tour with Dream Theater in the US on the Prog Nation tour. That unfortunately didn't happen due to their label going under, but I still checked out their records and got totally into them. This new record is supposedly their first record that focuses on songs more than an overall concept.
The opening guitar riff on opener The Platform really shows how the band are approaching this album differently than previous ones. It becomes obvious within the first few minutes that this isn't just another neo-prog rock affair, these guys are venturing into a more modern and heavier direction, if only for this album. Riffs are more interesting and catchy, vocal lines contain some great hooks, the drumming is impeccable, and the bass work is stellar, you can't really fault these guys for bad playing. The songwriting is really at it's best here, more so than on any of the band's previous outings, with choruses definitely sticking with me even after the album has finished. However, the band are still maintain their unique brand of quirkiness so the odd nature of these guys is still quite prominent throughout the album, just in case you had any idea that this would be a "serious" album.
There's still quite a prog-rock grounding on here, so don't think that just because there are more riffs and heavy elements being included on here that the band are now a metal band, this is still very much a prog rock record. The experimentation is also not limited to more metal bits either, you have a more jazz influence on And The Stone Said If I Could Speak and Akakabotu or Green Waves channels an old-school blues rock sort of vibe that definitely rocks hard. There's still plenty long passages of instrumental prowess and soloing with weird song structure that recall bits of Yes and definitely some King Crimson at times.
Overall, if you like prog rock, you should already know about this band, but if you don't you're missing out. This is modern prog rock done right, while not as Zappa-ish as some of their previous outings have been, this has a lot better songs. If you like prog rock, check this out for sure.
Overall Score: 8
Highlights: And The Stone Said If I Could Speak, Green Waves, Without Saying Anything
Posted by maskofgojira at 8:00 AM