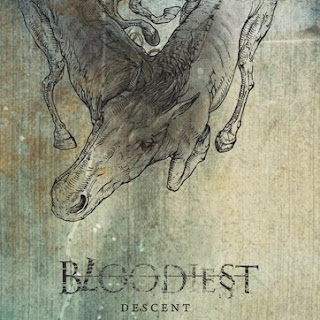 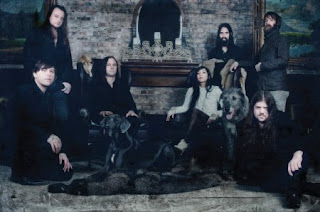 Within the last year or so I've grown to admire vocalist/sax player Bruce Lamont and his various bands and projects. Last year Yakuza was my favorite album and this year he's already dropped a great solo record, but this his debut with this band, first full-length for the band anyway, but that's beside the point. I've been looking forward to this album since I heard about it.
Unlike his main band, Bloodiest has a much different approach to the sludge metal genre. Having been compared to the likes of Neurosis, Swans, Isis, and Killing Joke, among others, in their press release statement leaves a pretty wide space that the band could have worked within on here. Sure, you'll get a more mid to slow tempo oriented record, but it's a lot more trippy and maybe not as heavy as a lot of other bands out there. Songs range from more heavy and groovy, Slave Rule, to more somber and meditative, Coh, but both maintain that psychedelic vibe to them.
I think that the production really lends itself to the overall vibe of the record, as the guitars and bass tend to be mixed into a single sort of groove in most of these tracks. The drums maintain an on-key, if you get what I mean here, style of playing, where it keeps the groove going but also breaks into a lot of cool fills as well. The keyboard playing seems to take a very different approach than the other hundred bands using them nowadays; they lie somewhere between remaining in the background and providing atmosphere and coming on top and melding with the guitars. Vocally, Lamont's performance differs from the two projects I mentioned above in that his vocals are definitely not as high in the mix and he makes use his unique croon more than anything else, hear Pastures.
Overall a great record, not that I ever doubted that it wouldn't be. Though really good, in my opinion, I could see a lot of people not being able to penetrate it because of the trippy sounding production and the almost monotonous guitar playing. However, I highly recommend checking this out if you want a cool, slightly off-kilter sludge record.
Overall Score: 8.5
Highlights: Pastures, Dead Inside
Posted by maskofgojira at 10:51 AM