Sylvan Realm - The Lodge of Transcendence (2011) 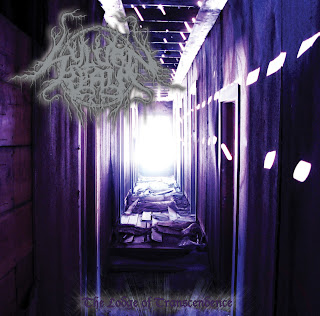 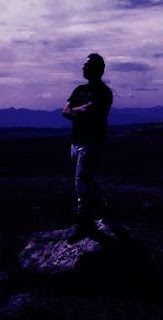 I haven't heard much about this album, despite it's pretty decent cover artwork and description on blogs, it seems like it would have gotten a lot more hype. The fact that it's also an independent release also adds to the ambiguity of it, though the members involved are no secret. From the little bit of press I've read for this though, it seems to be right up my alley.
Wasting no time at all, Sylvan Realm opens with a progressive riff that instantly recalls something that has more in common with a group like Symphony X more than Emperor, unless it was later Emperor. It's a sound that definitely has roots within black metal but also a strong progressive, and almost neo-classical at times, vibe to it. It's also quite melodic as well, with a lot of catchy guitar lines that are instantly memorable, hear Disappear Into The Landscape for example, as well as some more somber moments of quiet intricacy with cleaner, or acoustic, guitars.
However, I have to say that despite being catchy, melodic, progressive, there is appeared to be a real lack of focus on here in my opinion. Tracks like the title-track, The Lodge of Transcendence, moved from blasting black metal sections to more proggy guitar parts into a more viking metal acoustic part and then into a sort of punky prog rock part that didn't really feel natural to me. The production on here, in my opinion again, is still too raw for what I imagine the band trying to do.
Overall, despite the little bit I had heard about this album, it wound up being letting me down a bit. This could very well be a great trio in the future, with some improvements, but as of right now, I just couldn't get into it. Check it out if you're into some more raw sounding progressive black metal.
Overall Score: 6
Highlights: Disappear Into The Landscape, Twilight Kingdom
Posted by maskofgojira at 12:25 PM