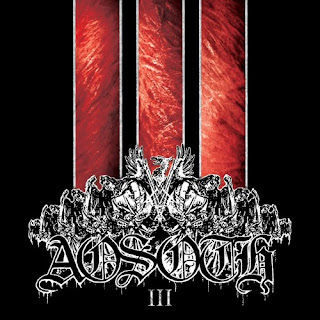 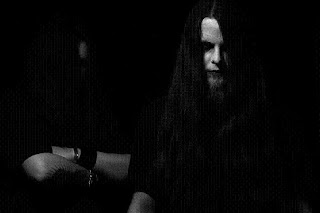 Finally, a black metal record, the kvlt kind anyway, that I can safely say I'm a real fan of, or have been for a little while. I've been listening to these guys for a little while, really ever since I found out about the French black metal scene and have really been impressed with them. This third album was one that I certainly looked forward to hearing after being very impressed with their last one.
One reason I looked forward to hearing this record so much was due to a sense of curiosity as to what sound the band would pursue on this album. With their debut, they took a very traditional, straightforward approach to black metal, blazingly fast and intense with hints of thrash in the mix; but their sophomore effort proved to be much more dissonant and made use of more mid-paced sections. From the get-go of this album, it's obvious that the band have at least tried to bridge the gap between the two sounds, as such, you'll get an intense mix of chaotic riffing done in a much more aggressive and typical, if you will, black metal fashion.
I personally found this record to actually make use of more atmosphere than its predecessors did. Despite the more chaotic approach the instrumentation takes on here, the atmosphere is incredibly dense and crushing, fitting with the music, but makes a song like III all the more powerful. At times, IV was one instance, this record really comes off sounding like something Deathspell Omega might try and do, and I am aware that I have probably mentioned them a lot in these most recent reviews, but I really hear them coming out in a lot of bands, specifically here though. Something I really have to mention though, going along with the fact that I've been bringing up DSO a lot recently is that unlike a lot of those other bands, the riffs on here actually manage to implant themselves into your skull without really coming off as them trying to copy DSO blatantly.
Overall, I expect good things from this record, but this exceed them, instead of going off into one of the two realms they had previously done, this new one blends them together. Very few bands are able to make a record this chaotic so memorable. If you're into experimental black metal, or like bands that do a more chaotic style of it, you should do yourself a favor and check this out.
Overall Score: 8.5
Highlights: II, V
Posted by maskofgojira at 10:14 AM