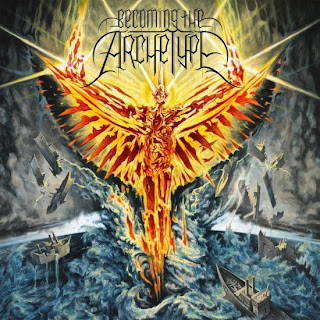 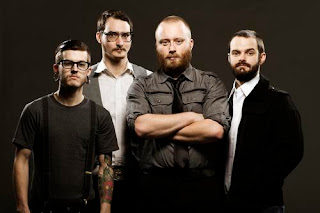 It was a few years ago when I was still into metalcore and thought that it was the heaviest thing out there that I discovered this band. They had just released their sophomore release, 2007's "The Physics of Fire," and I heard it and just didn't get it. With it's operatic clean vocals and progressive song structures, it was really different from what I was listening to at the time.
In a statement made by the band before the release of this album, they stated that this album would contain a lot of new sounds and elements they had never used before. The use of operatic soprano vocalists, horns, sitars, and vocoders were all mentioned and do end up making an appearance on here in one way or another. For some reason however, and this is just my opinion here, the band decided to release the two most metalcore sounding tracks to the public before this was released, being The Magnetic Sky and Path of The Beam, both tracks end up being the two I actually dislike the most on the album, instead of one of the most experimental tracks.
I'll get my biggest complaint with this album out of the way early, Matt Goldman, while a very capable producer, I think wound up making this album sound too polished, making this sound like a modern metalcore record, which almost ruined this record for me. Musically, however, the band are in top form though, with tracks like Internal Illumination channeling just enough of a modern metal to recall bands like Periphery, but still remain in the band's own comfort zone or the break into a ska section on Cardiac Rebellion. The Requiem Aeternam trilogy on here really stands out as being some of the band's best material ever written, opening with a piano solo in The Music of Spheres and then diving into Elemental Wrath which contains some great grooves, and then into the epic finally of Xenosynthesis.
Overall, this is a solid release, but not as good as the last two full-lengths have been in my opinion. This has some really great moments, but like I already said, the production just doesn't work for me on here, considering the great job Devin Townsend did with the last album. If you like progressive death metal that really goes into some interesting areas, definitely check this out.
Overall Score: 8
Highlights: Requiem Aeternam II: Elemental Wrath, Cardiac Rebellion, Breathing Light
Posted by maskofgojira at 11:49 AM