Aeon Zen - The Face of The Unknown 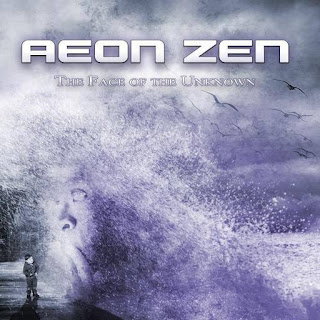 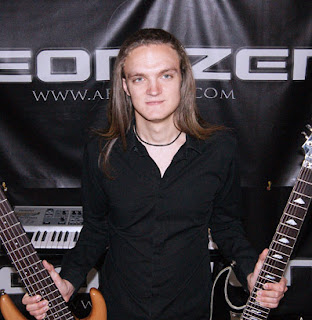 The Face Of Prog As We Know It?

Aeon Zen is a progressive metal project from the UK. The band was founded by Richard Hinks who ended up creating one of the most praised progressive metal debuts with last years "A Mind's Portrait." This is his follow-up to that and has been said to include an even more expansive sound than the debuts.
Like it's predecessor, this album was composed and performed almost entirely by Hinks, with drums being performed by Lloyd Musto. Another factor that makes this album similar to the debut it the use of multiple guest vocalists, even though Hinks sings lead vocals on three tracks. Vocalists include the likes of Michael Eriksen (Circus Maximus), Andi Kravljaca (Silent Call), Jonny Tatum (Eumeria), Nick D'Virgilio (Spock's Beard), and Jem Godfrey (Frost*). The final comparison to the debut is the core sound, Dream Theater/Symphony X influenced progressive metal.
I think it can be assumed that things on here are going to be more then a little self-indulgent when you have one person performing most of the instruments and the style being played is progressive music. The opening track, Salvation, being a ten minute track, doesn't make things any simpler either, utilizing multiple solos throughout it's course, sounding like the aforementioned bands above having a child. However, despite being a very derivative genre, progressive metal is known for Dream Theater sound-alikes being a common place, there are still some quite heavy and modern sounding parts on here where a band like Opeth or Meshuggah could be seen as a possible influence.
Luckily this album still has solid songs, take that any way you like, as there is structure in each and every track. Longer tracks, despite their indulgent passages of solos, still manage to make room for the vocal to put in a chorus; or you could simply listen to songs that are shorter and simplistic like Visions or Start Over. There is also some mellower tracks on here that have a more ballad-like feel, or neo-prog at times, at times, hear Crystal Skies. Chances are that if you like progressive metal in any way, this will likely appeal to you, but the opposite is also still true as well.
Overall, this is a very solid progressive metal, while it is certainly a similar sound, I don't think that it's all that derivative of a single band as most groups in the genre are. Once again, this has all things good about progressive metal, but it still has the same flaws that others dislike about the genre, so chances are you won't get into this band if you dislike the groups mentioned above. If you do decide to check this album out, you better like progressive music in some way though.
Overall Score: 8
Highlights: The Heart of The Sun, Crystal Skies, Redemption's Shadow
Posted by maskofgojira at 10:50 AM