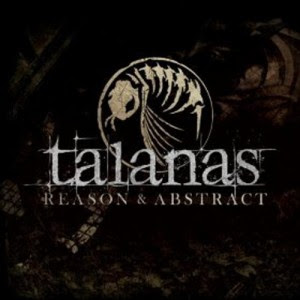 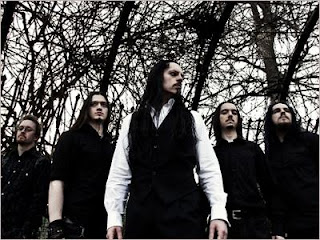 Three Reasons Not To Look Away.

Talanas is a progressive death metal outfit from the UK. This is their debut release and only just recently caught my eye with it's cover art, something a bit different. The band has recently been changed to a four-piece, keyboardist Josiah Lutton apparently left recently.
There are three songs on this EP, of varying degrees of success within the genre of progressive metal. There's everything from technical Spawn of Possession-like blasts to more Ihsahn-esque clean moments, as well as a vocalist that is clearly trying to get that Opeth style of singing down. You can clearly tell that this is a band that is still flirting with a bunch of influences that include all those above as well as other groups but luckally this band is also able to meld these influences tastefully without sounding like exact clones of their influences.
Each person listening to this will have their own opinions as to where the band's sound should go, as the technical death metal influence is a focal point on here, the Spawns of Possession, The Faceless, Necrophagist oriented stylings, while personally, I thought that the band's take on more progressive metal, that Opeth or Ihsahn kind of stuff to be just a bit more fulfilling. Each track kind of moves from style to style on here, so every fan kind get at least a little bit of what they want from this EP, but hopefully a full-length will show a bit more of harnessed sound.
Overall, this is a very solid debut EP that has a lot of potential. Once again, I think that the band just needs to create a bit more of a focused sound to truly give something unique to the prog-metal scene, but this is a decent start. If you like progressive or technical metal in any capacity, check this band out.
Overall Score: 7
Highlights: Aorta
Posted by maskofgojira at 6:08 AM