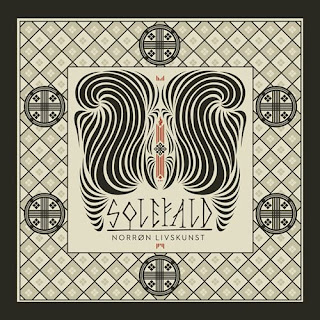 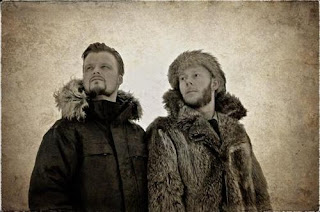 Solefald are an avant-garde metal duo from Norway. The band was formed in the mid-90s and while rooted in black metal, never conformed to it's boundaries. This is the duo's seventh full-length album, following up their double albums back in 2006.
While previous Solefald albums have no doubt been experimental, a trait that goes all the way back to their debut back "The Linear Scaffold" back in 1997, this album contains some of the duo's heaviest material since then. That's not saying this is a more traditional sounding album, cause it most certainly is not that, but several tracks on here retain a more straightforward, if you will, black metal style of riffing that wasn't found on the last couple of records. This is also the first album in which most of the tracks, all but one to be specific, are sung in a Norwegian.
Vocally, this album sees the return of Cornelius' growling and screaming, which have grown to be featured less and less in the duo's more recent work in favor of a more throaty style of singing and talking. Lazare's vocals on here retain his signature style of folk tinged operatic clean singing, which are perhaps more layered here than on previous albums, but still sound completely unique to only him. But I have to say something that annoyed me immensely on this album was the inclusion of a female singer, Agnete Kjølsrud, who also sang on the new Dimmu Borgir album, really ruins the mood on Tittentattenteksti providing a performance that could have been a great scat-singing moment for the band. Having said that, I did find her performance on here to be a lot more fitting than in Dimmu, but once again, her voice is just not to my liking.
But what everyone wants to know is how this album sounds. Like every other Solefald record, there's a variety of sounds, genres, and styles being crossed, mixed, and defied on this album, from more folk tinged melodies on Song Til Stormen to the smooth jazz of Eukalyptustreet or the eccentric electronic-meets-jazz hybrid on Vitets Vidd I Verdi, you get a wide variety on here. This is also the first Solefald album to apparently contain a guitar solo on it as well, provided by Vangelis Labrakis (Mencea).
Overall, this is an album that is just great, maybe not as mindblowing as some of the duo's earlier work, but this continues with the band's standard of releasing only high quality music. I can honestly say that this album is so catchy, progressive, and unique while retaining a completely individualistic style that is only Solefald. This is a must for this year, definitely check this out if you like experimental music in any way.
Overall Score: 9.5
Highlights: Every Song Is A Highlight
Posted by maskofgojira at 9:06 AM