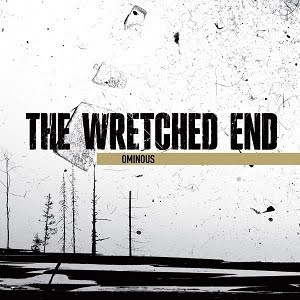 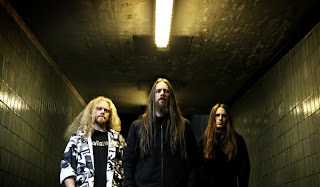 The Wretched End is a death/thrash metal group from Norway. This project has been in the works for a while, since Zyklon has now disbanded and Samoth wanted to get working again. Getting credits as a supergroup, as the trio features Samoth (Emperor, Zyklon), Nils Fjellström (Aeon, Dark Funeral), and Cosmo (Windr), this is sure to have some high expectations from fans.
Despite being a death/thrash outfit, this album is quite melodic and even accessible at times. However, that's not to say that this album isn't fast, aggressive, and brutal, because most of it is, and it favors that more than melody for the most part. Tracks make use of fast-paced riffing and drumming with harshly screamed vocals. For the most part, it's what we've heard before from other groups like this, except for the fact that Samoth is the guitarist, and for this band, it apparently makes all the difference.
Obviously Samoth's past work in Emperor isn't going to be forgotten and the few black metal riffs that come into this album really stand out, hear The Armageddonist. The melodies that are used within these songs never overpower the brutality or harshness of the rest of the song. The guitar playing is quite diverse throughout the entire album, surprisingly, making use of everything from traditional death metal parts, the obvious black metal riffs, catchy melodies, but also elements of what appears to be sludge and even dissonant hardcore at times. Unfortunately, for myself anyway, I found the guitar playing to be what draws me into this album, providing the great melodies and solid riffing rather than any great chorus from the vocals.
However, it'd be a mistake to discount the rest of the trio here, as Fjellström is an excellent drummer, hear him play in Fleshbomb, putting a lot of modern death metal/deathcore drummers to shame with both his blasting and more mid-tempo, groovy sections. While I'd call most of Cosmo's basslines nonexistent for most of the album, hear Zoo Human Syndrome for some of them to actually be, you know, heard, but his screaming is just what the band need, and is a style that I, personally, prefer in vocalists that scream, as oppose to roar, growl, or grunt. Cosmo's screaming style is similar to that of Sean Z. of DÅÅTH's, if not a bit more throaty sounding at times.
Overall, I'd call this album another successful death metal album for this year. This is just another gem for Samoth to put into his already studded leather belt of great, and even classic, albums. If you like extreme metal in any way, check this one out for sure.
Overall Score: 9
Highlights: The Armageddonist, With Ravenous Hunger, Zoo Human Syndrome
Posted by maskofgojira at 6:15 AM