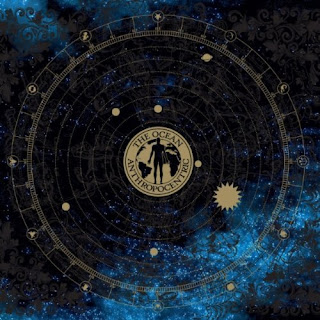 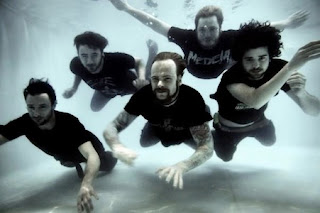 The Tides Are Changing.

The Ocean are a progressive post-metal group from the Germany. This is the second part of the double-albums that they're releasing this year. Many people may have criticized "Heliocentric," which was released earlier this year, but have praised this new album.
This album features many similarities to the previous sound of The Ocean, recalling elements of post-metal, progressive metal, industrial music, and orchestral backing musicians, but also features some of their most aggressive and unique material yet. While "Heliocentric" was the band's most melodic and soft record to date, turning most fans off by the use of mainly clean vocals and softer instrumentation, this album recalls the band's more metal side. The opening title-track, Anthropocentric, showcases all the familiar traits that were present on the band's earlier material, big distorted guitars with pounding rhythms but also more melodic sections with clean vocals.
There are some tracks on here that should definitely please those that were not satisfied with the softer side of the last album, tracks like The Grand Inquisitor I: Karamazov Baseness or Sewers of The Soul have some of the band's heaviest moments on them, going into pure post-sludge territory. But this is still very melodic, the entire record, with tracks being able to utilize choruses that are catchy and unique sounding as well as being heavy. But fear not fans of the band's softer material, tracks like the instrumental Wille Zum Untergang feature the band's more post-rock side while The Grand Inquisitor III: A Tiny Grain of Faith is an electronic based track with female vocals that provides a good interlude.
It was mentioned by the band that the approach to this album was to give a bit more of a natural band sound as opposed to having their sound filled to the brim with more textures and layers of orchestral session players. The result gives most tracks on here feel very stripped down vibe in comparison to the band's other albums, as well as giving itself to a much heavier and aggressive sound. The band also said that this album was written by other members besides band founder Robin Staps, which may explain why a lot of the riffs on here sound more technical and progressive than on any other album from The Ocean.
Overall, I have to say that I really enjoyed this album, though I wasn't the biggest fan of "Heliocentric," I did enjoy it, and I found this one even better. I personally think fans of the band's who can appreciate the more melodic side of the band coming into the band's heavier material will be very pleased with this album. I have to agree that this is one of the band's best, definitely check it out.
Overall Score: 8.5
Highlights: Anthropocentric, The Grand Inquisitor II: Roots & Locusts, The Almightiness Contradiction
Posted by maskofgojira at 9:00 AM