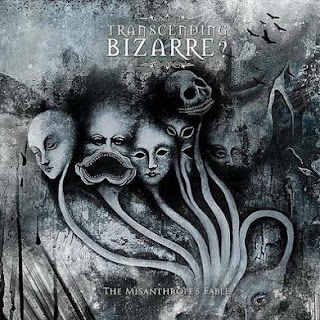 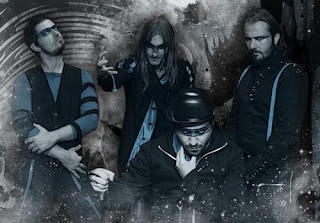 Transcending Bizarre is a post-black/avant-garde metal group from Greece. Though the band are not the biggest out there, with their previous two releases they started to build a cult following around the world. This is their third album and features even more illustrious additions to the band's sound.
Over their previous two releases, the band have blended elements from black metal, progressive rock, industrial and symphonic music, and hints of other genres into their music, this album takes that to new heights. Thus the illustrious title of progressive symphonic black metal is often put on this band, which is fitting, but not entirely accurate. This album still manages to be unique while taking the band's sound to a new level that hasn't been heard yet within the realm of black metal.
This album takes the symphonic elements that have always been used, but brings them more to the forefront on this album, and while it's easy to say this album is orchestrated, personally, I never saw it as being over orchestrated, despite using everything from traditional string to horns and additional percussion. In addition to all of that, a children's choir has also been used on this album. Thus this album takes a much more theatrical approach than previous works, which can be hit and miss, but it is certainly commendable.
The band have not lost their more progressive elements on here though, as orchestration never takes over a song, remaining only a part of the band's overall sound. Tracks like The Beginning showcase multiple solos while still sticking to a formula that is easy to grasp, but there are still tracks like Envisaging The Ideal Planet which are much more adventurous and experimental sounding in comparison. With more adventurous music comes vocals that are more out-there as well, as this album contains everything from traditional black metal screams, death metal growls, avant-garde singing and crooning, to even a guest spot of Vulture Industries vocalist Bjørnar Erevik Nilsen on The Empire of Mind.
As this album progressed forward, I actually found it becoming more interesting and engaging. This album certainly doesn't waver by putting all of it's best tracks at the beginning or the end, but one that only gets better the more you listen to it, as repeated listens showed. This album also has a nice flow to it, where not every track overlaps into the next, but gradually builds on top of one another.
Overall, this can be seen as another step up for the band, with this album taking their songwriting abilities to new heights. This is definitely an album that stands as being an original in defiance to all that is true and kvlt, choosing to progress and explore. If you like progressive or experimental metal in any way, definitely check this out.
Overall Score: 9
Highlights: Envisaging The Ideal Planet, The Murderer's of The Young Ones, The Return to Nothingness
Posted by maskofgojira at 8:43 AM