Decline - The World Should Know No Men 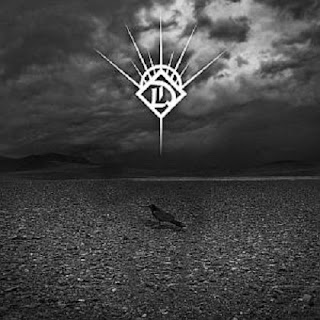 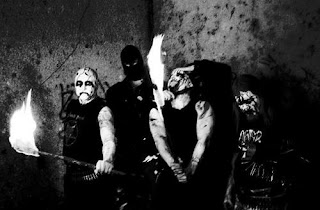 Decline is a black metal group from Poland. This is their debut full-length album that was released earlier this year, and I'm only now hearing about it. This was a band that a friend of mine told me to check out, so here it is.
Starting with a blast and ending with a blast is something most bands from the black metal genre, the more kvlt and trve sounding ones anyway, try to achieve. This is where this album succeeds, it's aggressive and primal sounding, but not raw and noisy. For what it is, this band does, the traditional style of black metal, they do it well, but I can't say that there's really anything on here that fans of the genre haven't heard before.
I have to say that within this fairly standard record there are moments that stick out, simply because they aren't from black metal, elements of thrash, death, and a bit of groove metal sneak their way into this album as well. The riffs on here are fast, melodic, and energetic, most likely enough to get any black metal fan going, so that's a department you don't have to worry about. The drums are blazing and the bass is only slightly audible, if that isn't a third guitar, and the vocals are brutal, you're getting a pretty standard black metal album right here.
Honestly, there really wasn't a lot on here that drew me in, a few songs had some cool riffs, but a lot of this was pretty lackluster, or standard. This album was pretty short, so I didn't ultimately mind all that much, but these songs have very little that made me want to listen to this multiple times. Tracks like Intro - Falsity of The Cross or the cover of Unleashed's Never Ending Hate exhibited a bit more of a frantic death metal approach, but that wasn't something that really grabbed me at any point either.
Overall, I'd have to say that this was a pretty dull sounding record, very little stood out and made me take notice of what was going on. I could see more kvlt people than myself enjoying this a lot more, but, again, this is just me. If you like black metal with a bit of death metal influence, check this out.
Overall Score: 3
Highlights: Urge, Havoc Century, Jihad
Posted by maskofgojira at 6:36 AM