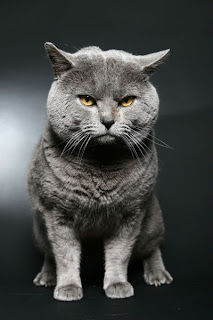 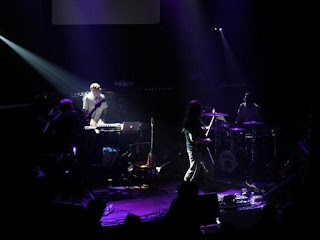 Pryapisme is an avant-garde metal group from France. This is the quartet's debut album following a demo and cover on a compilation. I discovered the group through the Ulver cover they contributed to a cover compilation.
First off, don't expect this to be in any way an easy listen, like at all. This is an album for people that have diverse tastes, cause this thing goes far beyond experimental and definitely tries to show that it's the top dog, or cat in this case, of the avant-garde/experimental metal right now. I honestly haven't heard anything this weird and left-field as this all year, in fact not in a while, this band actually manages to give Mr. Bungle a run for their money right here.
This album rarely stays on one genre or style for very long, within a single track you'll hear everything from black metal to jazz to dance music to classical piano work, it's not simple in any term of the word. Granted, having a bassist that also plays the cello, a drummer who plays the clarinet, and a guitarist that also plays the mandolin, might have something to do with the outlandish style changing on here, but that's only a guess. However that's just the tip of the iceberg, as just having those instruments would be enough to make this band weird, like mentioned above, the rapid style changing throughout a song is also what gives this band a unique sound, I can't recall a time that I've heard tango music melded together with jazz fusion and classical piano scoring like in Le Doryphone De Kafka or 8-bit electronics with dissonant black metal and orchestral symphonics in Sanglié Par Un Cornid. This is an original, no doubt about it.
Honestly, the only real bad thing I have to say about this is that at times it can sound a bit frantic at times, which may be on purpose. But when the band hit a stride on some of the more mid-paced or slower tracks, or sections to be precise, it really gets good. Even when the band is shifting from style to style, it's crafted well enough to make it not sound like a heap of jumbled noise and mud, it can be seen why it took these guys several years to craft this.
Overall, I can't say enough good things about this debut album, it's just really good. At times it can get a bit heady and tend to wander, but that's all good cause it fits with the album's nonstop pace. If you like avant-garde or experimental progressive music, definitely check this album out.
Overall Score: 9
Highlights: Le Doryphone De Kafka, Darkness Lobotomy Insurrection, Copaing, Le Fuligule Miloin
Posted by maskofgojira at 7:29 AM