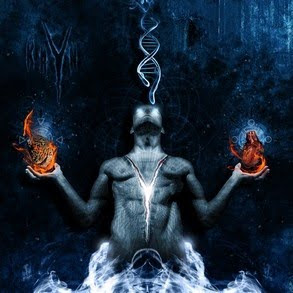 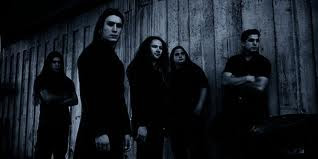 The Alternative To Progressive Metal Music.

Kryn is a tech/progressive metal group from Croatia. This is their first official EP, a demo and compilation were released in previous years. The term tech metal is used here because, yes, the djent sound can be found on this record.
Before anyone gets fussy and complains that this isn't a djent band, I'll make it clear that this is indeed not a djent band, there are a few moments of that sort of tone on the album and that's what leads to that tag being placed on it. But honestly, influences from prog-metal, groove metal, and even a bit of industrial metal are all more prominent on here than the tech metal tag. Opener New Disease is heavy and groovy, but the bass is very clear, having a very cool part during the chorus, and actually has almost nothing to do with djent other than the guitar tone, so there.
I found the band's take on the genres mentioned above to come out into a very unique sound. Musically, all the genres mentioned have their place and come out sounding groovy and somewhat technical, but vocally, songs will either come out sounding like a mix between Meshuggah and Soilwork or an almost alternative rock type of song, hear A/d/d/i/c/t for an example. While I can't say that I enjoyed one style over the other, they both end up sounding decent, I can say that this type of style shifting is how I prefer it to be in my music, a similar problem to the Klone album that was released this year. However the final song on the album is just something that comes a bit out of left-field, B.l.e.a.k., an acoustic song doesn't really fit this band at all manages to sound pretty decent.
Overall, this is a decent release, it has some cool moments, some bad moments. I can only hope a full-length shows either a greater mix of the two styles on here or the decision to choose one over the other. Definitely check this band if you're into groove metal or groovy music in general.
Overall Score: 7
Highlights: A/d/d/i/c/t, Meditiva
Posted by maskofgojira at 11:29 AM