The Meads of Asphodel - The Murder of Jesus The Jew 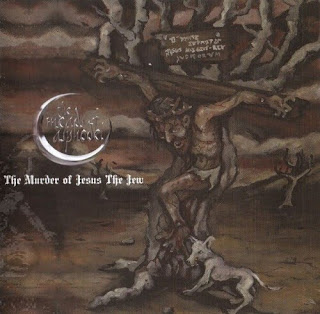 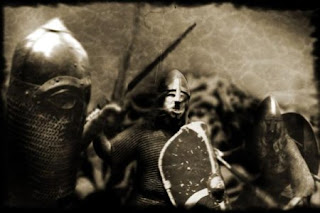 Subtlety Is Not In Their Vocabulary.

The Meads of Asphodel is a progressive/psychedelic black metal group from the UK. Throughout their decade of existence, the band have pushed boundaries forward for the genre by working with everyone from Sigh's Mirai Kawashima to Alan Davey of Hawkwind. This is their fourth full-length album so far, and only continues their trend towards the non-conventional.
In a traditionally, nontraditional way, the band start the album with a theatrical opener that combines the aesthetics of spoken word, symphonic/orchestral music, and dark ambiances. Short as it may be, it proves to serve as a fitting introduction to what lies ahead in this album. Following that the album erupts into a blaze that is titled My Psychotic Sand Deity that utilizes all the band's usual tactics such as aggressive black metal, more orchestral backdrops, and psychedelic atmospheres and interludes, but once again, none of that's done traditional to form anyway.
Personally, it's a bit hard to describe this record because it contains everything that the band is known for and a bit more, it's adventurous, aggressive, and weird all at once. There are tracks on here that contain your typical black metal blast-beats and tremolo picking, one of many things in From Eagle to Cross, but also tracks that make use of various other styles, such as dance music, Apocalypse of Lazarus, semi-country/folk, Stiller of Tempests, and experimental doom-jazz, Jew Killer. Overall, if you know the band's older material, you could probably get a vague idea as to what to expect on here. There are some great riffs, cool choruses, and interesting playing, but once again, if you like the band you probably already know all that.
If this album is different from their last record, or their others, I'd say it's perhaps more experimental as a whole, but heavier than their last record. When I say it's more experimental though, I'd say this record isn't so much in the same vein as their last few, with how the Hawkwind influence has come in through more spacey passages or covers, this one has that, but it's not as up front. It's hard to really compare since the band does sound like no one else, but this I have to say that I did enjoy this one a bit more immediately than the previous one, though this one still took several listens. There are tracks on here that aren't so immediately catchy or melodic, but obviously the more you listen the faster the melodies will appear.
Overall, this is a good record from a weird band that certainly sounds like no one else. Honestly, this isn't my favorite record from the band, but it's still a good one nonetheless. Definitely check this one out if you like experimental black metal that goes into all sorts of places.
Overall Score: 8
Highlights: Man From Kerioth, Genesis of Death, A Canticle For The Lost Amputees of Aelia Capitolina...
Posted by maskofgojira at 5:09 AM