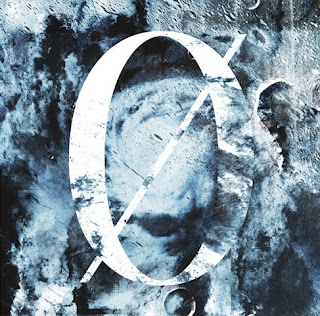 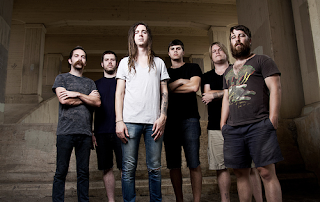 Get That Core Out Of My Metal.
Underoath are a metalcore/alternative metal group from Florida. They started in the late 90s and have gradually evolved into one of the genres biggest names. This is their first record without founding drummer/clean vocalist Aaron Gillespie with them.
Any fan of the band knows that Aaron Gillespie's clean vocals are usually what turns people on or off to the band, they were that polarizing. The vocals had that quality that allowed the band to appeal to a crowd like that of festivals like the Warp Tour, while the band's often heavier sound and screamer, now main vocalist, Spencer Chamberlain is what allowed them to move into the more metalcore genre. Without Gillespie's vocals on this album there was a lot of speculation as to whether the band would even continue, and if they did, how would the record sound.
It becomes immediately apparent within the first minute of In Division that the band not only sounds better than ever before but also that Chamberlain is more than capable at pulling double-duty on vocals. The music is not only the heaviest and most aggressive it's ever been, but also more textured and sludgy. This album definitely has the band at their most metal, it seems removing Gillespie, no offence to him, was the only thing that stopped this band from making a sound that combined elements of many styles into a metalcore record that truly doesn't sound all that much like metalcore. With each record keyboardist Christopher Dudley has gradually been becoming more of a presence in the band, and it's definitely felt on here, hear a track like Driftwood, which is a more somber and mellow track.
Chamberlain, as mentioned above, not only pulls off double-duty on here, but he does it uniquely and excellently. His vocals have a much different feel than Gillespie's, instead of what was considered "emo" singing has now been replaced by drawn out "post-hardcore" singing, hear Paper Lung. Not only does this make the band sound better, it's clear that the singing on here feels a lot more in place than Gillespie's would have, but it also gives the band a unique sounding singing style, something that, if you've listened to any metalcore group that's come out in the last few years, is clearly lacking.
I have to say that this record also has a much greater presence of energy throughout it's entire length. Each track really feels like a band that's jumping off the walls, a punk kind of vibe if you will; and this might have come from the newest addition to the band, drummer Daniel Davison (ex-Norma Jean). These songs are all short and quick, filled with burst of energy that just wasn't there on any other record.
This is a record that really shows a great improvement that should not only please long-time fans of the band, but draw in those that found earlier records to not be their cup of tea. This is definitely the best record the band have made, and possibly the best metalcore record to be released all this year. If you like sludgy, atmospheric, metalcore, without a lot of core, definitely check this out.
Overall Score: 8
Highlights: Catch Myself Catching Myself, Who Will Guard The Guardians, In Completion
Posted by maskofgojira at 10:26 AM