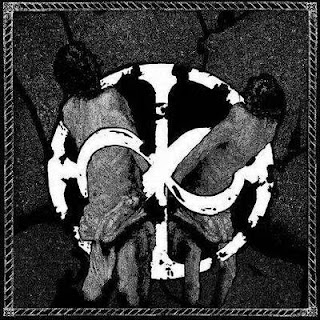 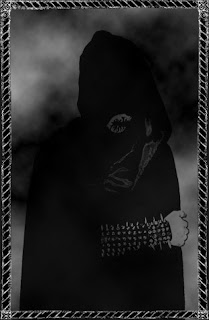 Satan Commands Me To Play.

Arfsynd is the solo black metal project of Swedish musician Perditor. This is his first album under this name, he also plays in Orcivus. I know nothing about his previous work or other bands, so this is pretty much a first encounter type of deal.
This is a pretty atmospheric record for what's tagged as being a straight black metal project. Sure there are more traditional tremolo picked sections as well as more than a few blast-beats, but this record feels so ambient compared to a lot of records that are usually put under that tag, for one reason or another. It also struck me at how melodic this record was, it wasn't just a kick in the face of pure hatred, it managed to put in a few good lines within several tracks, Prisa Den Fortappade Flamman for example. There are also several flirtations with doom on this record as well, which suits the atmospheric black metal tag usually quite well, it wasn't used quite as a single unit on here, using it sparsely throughout the entire disc instead of using it in every single song at nearly every moment.
The vocals on here separate themselves immediately from what is commonly associated with the atmospheric, and to an extent even the melodic, scenes of which the music is coming from. Unlike a lot of black metal vocalists, Perditor shows that screaming isn't really his thing, though what he's doing isn't all that uncommon, it brings a different vibe to the music on here. Throughout the record you hear his frantic sounding yells, almost sounding out of breath at some points, hear Vid Syndaflodens Mynning for example.
Overall, I found this to be a decent record, it didn't overwhelm me but it didn't underwhelm me either. This is a record that I'm kind of indifferent towards, it was alright, it just didn't do anything for me. If you like black metal with a touch of atmosphere, check this out.
Overall Score: 5
Highlights: Lifvets Usurpator, Prisa Den Fortappade Flamman
Posted by maskofgojira at 6:28 AM